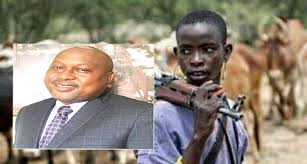 A former governorship aspirant in Rivers State, Soala West, was on Wednesday killed by suspected herdsmen in the Aluu community, Ikwerre Local Government Area of the state.

Soala, who hailed from the Akuku-Toru Local Government Area of the state, was said to be inspecting his poultry farm in Aluu on March 12, 2020, when he was abducted and taken away to an unknown destination.

His corpse was found on Wednesday around 6pm.

The deceased’s elder brother, Emmanuel, expressed shock over the death of the politician in the hands of the suspected herdsmen.

According to him, Soala had gone to inspect his poultry farm in Aluu when he was whisked away by the herdsmen, who brandished AK-47 rifles.

It was learnt that Soala’s captors had earlier demanded N30m as ransom from his relatives, but later reduced it to N2.5 million.

Though it could not be ascertained if the ransom was paid, Soala’s captors killed the former governorship aspirant of the Peoples Democratic Party barely a week after he was taken away.

“This is shocking to us. We don’t know why they should kill our brother this way. Our entire family has been thrown into mourning. We just hope that the police will arrest all those involved in the killing of our brother,” Emmanuel said.

Several calls to the state Police Public Relations Officer, Nnamdi Omoni, were not answered, while a text message sent to his mobile phone for confirmation of the incident had not been replied to as of the time of filing this report.