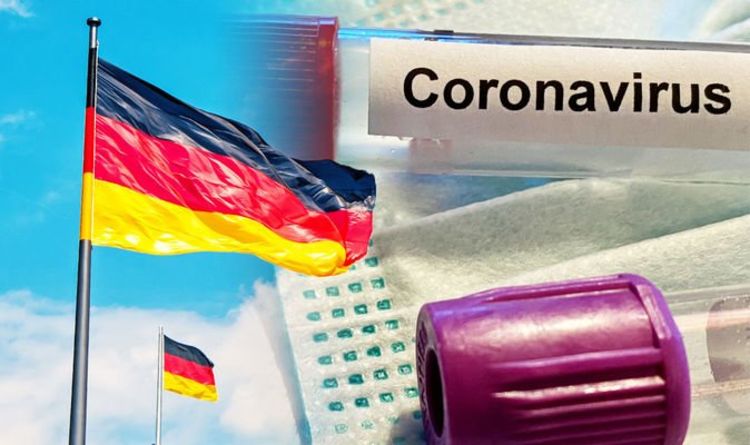 Experts have been debating Germany’s ‘coronavirus anomaly’, as cases continue to grow in the country but deaths caused by the virus remain low.

Currently, Germany has confirmed over 16,000 cases of coronavirus infections among its citizens – the virus which causes the respiratory disease COVID-19.

Although the virus is spreading fast within the country, the confirmed number of deaths has remained low – standing at 44, according to data from John Hopkins University.

In comparison to the UK, which has far fewer confirmed cases – just over 2,500 – the number of deaths of individuals who tested positive for the virus is 138, more than in Germany.

The disparity between Germany’s confirmed cases and death rate has left experts trying to explain why some countries have lower case numbers but higher deaths than the country, including France and the US.

Some have attributed the low death rate to the high level of testing in the country, with Lothar Wieler, president of the Robert Koch Institute, revealing that German laboratories are undertaking approximately 160,000 test per week.

That is well above the number of tests being carried out in other countries in Europe and around the world. The high level of testing allows for the identification of individuals who have little to no symptoms, and hence have a higher chance of survival.

So far, the majority of those confirmed to have the contracted the virus in Germany are under the age of 60 – over 80% – which may also explain the low death rate.

“Especially at the beginning of the outbreak in Germany, we saw many cases connected to people returning from skiing trips and similar holidays,” said Matthias Stoll, a professor of medicine at the University of Hanover, in the Financial Times.

“These are predominantly people who are younger than 80 and who are fit enough to ski or engage in similar activities. Their risk of dying is comparatively low,” he added.

Despite the relatively low levels of death in Germany, experts have warned that the country is still in the early stages of the outbreak, and the mortality rate is expected to grow.

“We are still at a relatively early stage in the outbreak in Germany. The overwhelming share of patients became infected only in the last week or two, and we will probably see more severe cases in the future as well as a change in the fatality rate,” Hans-Georg Kräusslich, a professor of medicine and the head of virology at the University Hospital in Heidelberg.