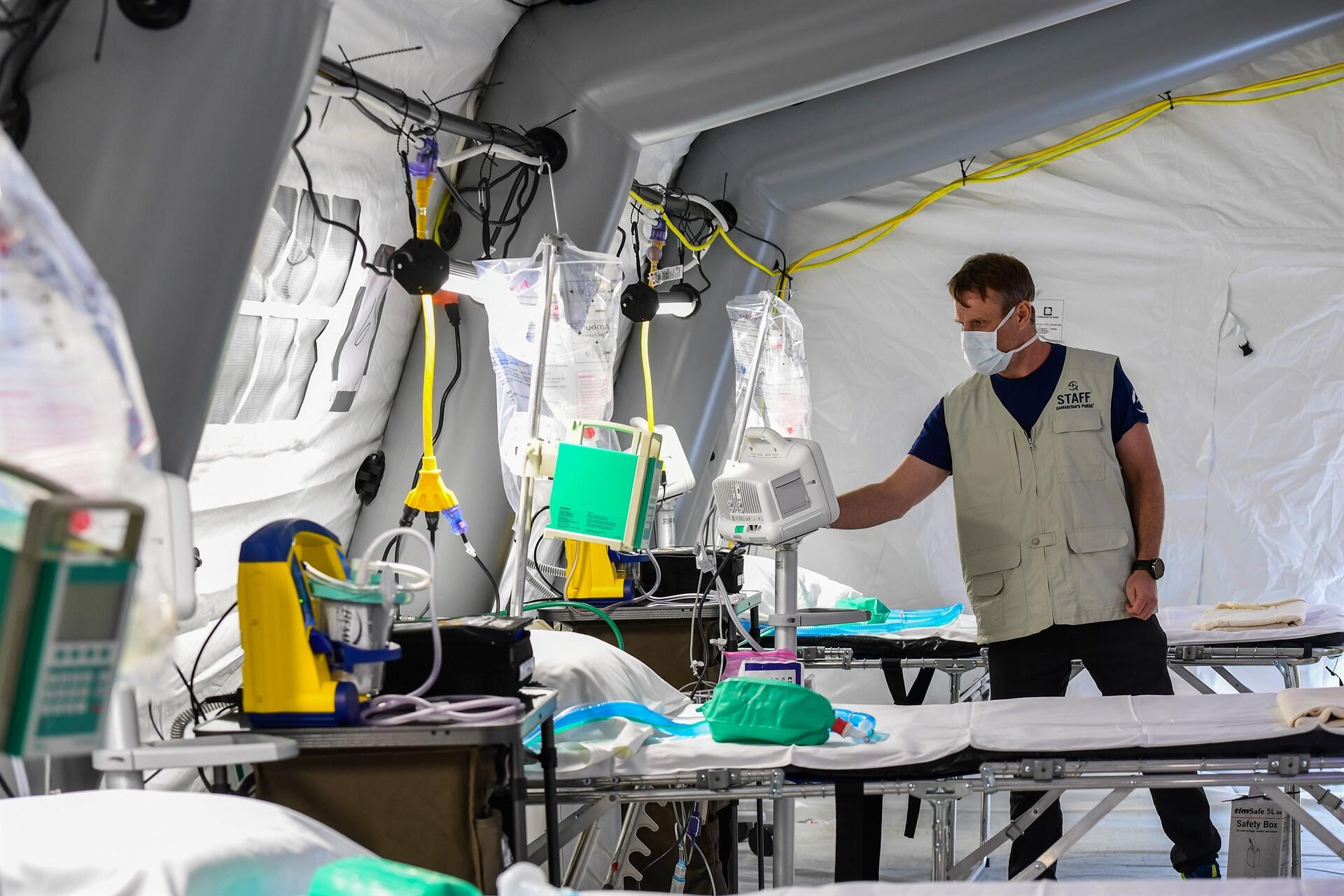 Coronavirus has killed more than 10,000 people worldwide, according to latest data provided by AFP.

Italy has now passed China as the worst-hit country in the world by coronavirus, according to the latest figures released by the government.

Meanwhile, UN Secretary-General Antonio Guterres urged countries to focus on a global reaction to the deadly coronavirus rather than a nation-by-nation response to the crisis.

In a virtual address, Guterres said that the global response was “only as strong as the weakest health system,” and urged richer nations to be ready to help poorer countries.

Unlike the 2008 financial crisis, he said, injecting capital into the banking system will not solve the devastating crisis that will be caused by COVID-19. He urged that low wage workers needed to be protected, “to ensure that the burden is not felt by those who can least afford it.”

He also highlighted the fact that 800 million children were currently out of school and that it was women who faced the bulk of the burden.

Also on Thursday the EU’s chief Brexit negotiator, Michel Barnier, announced that he had tested positive for coronavirus.

The novel coronavirus emerged first in China, which for months had suffered the highest number of infections and deaths worldwide, but Europe is the new epicentre of the disease.

The EU and UK have over 70,000 cases, with thousands of new cases every day, whereas Hubei province, where the coronavirus was first detected in December, detected no new cases for the first time on Thursday.

“I am naturally following all of the instructions, as is my team. My message to all of those who are affected or in isolation from this: we will come out of this together,” Barnier wrote on Twitter. He is not the first case to be identified within EU institutions.

The crisis in Europe drove the European Central Bank (ECB) to launch a €750 billion plan to calm markets and help the Eurozone economy during the coronavirus pandemic.

Europe’s unprecedented emergency money plan will allow them to buy government debt to counter the economic impact of the outbreak. Markets have taken historic plunges as the outbreak has spread throughout the world.

The plan announced overnight was significantly more money than the €120 billion package that the bank announced last week.

“Extraordinary times require extraordinary action. There are no limits to our commitment to the euro. We are determined to use the full potential of our tools, within our mandate,” said president of the ECB, Christine Lagarde.

The 27 member governing council released the plans around midnight in Europe on Thursday after long talks.

They said they were prepared to increase the money programme “by as much as necessary and for as long as needed”.

No new local cases in China

China’s National Health Commission announced on Thursday that there were no new cases of the virus in Wuhan or Hubei province where the outbreak originally started.

The just 34 reported new cases of the virus in China were all imported from abroad.

The information highlights how the epicentre of the epidemic has moved to the west where there have been thousands of reported cases daily.

Airlines will need to emergency aid of $200 billion (€186 billion) due to a decrease in demand and cancelled routes, the International Air Transport Association (IATA) said in a statement appealing to governments in Africa and the Middle East.

Airlines are seeing a demand fall by 60% and many routes cancelled in Africa and the Middle East due to the travel restrictions put in place during the outbreak. In that region in particular, there are cash reserves for two months, the statement says.

“They must be aware that the public health emergency has now become a catastrophe for economies and for aviation. The scale of the current industry crisis is much worse and far more widespread than 9/11, SARS or the 2008 Global Financial Crisis,” said Alexandre de Juniac, IATA’s Director General and CEO.

The association called for loans, tax relief and direct support.

During an exceptional meeting of France’s lower house of parliament, health minister Olivier Véran said on Thursday that roughly 30 million masks were been distributed to pharmacies and doctors.

“In these times of crisis, we will see both the most beautiful and also the most dark parts of humanity,” French Prime Minister Edouard Philippe said, referring to people trafficking important medical supplies.

Armed forces minister Florence Parly said earlier that they were delivering 5 million surgical masks from the army’s stock as well.

Meanwhile, the parliament is set to vote on legislation over the next few days to declare a state of health emergency and to take measures to support the economy.

The questions to the government took place as France entered the third day of an at least 15-day planned lockdown in which people are only allowed to leave their homes under certain circumstances.

Health agencies in the country said the country’s lockdown would most likely have to be extended, French media reported.