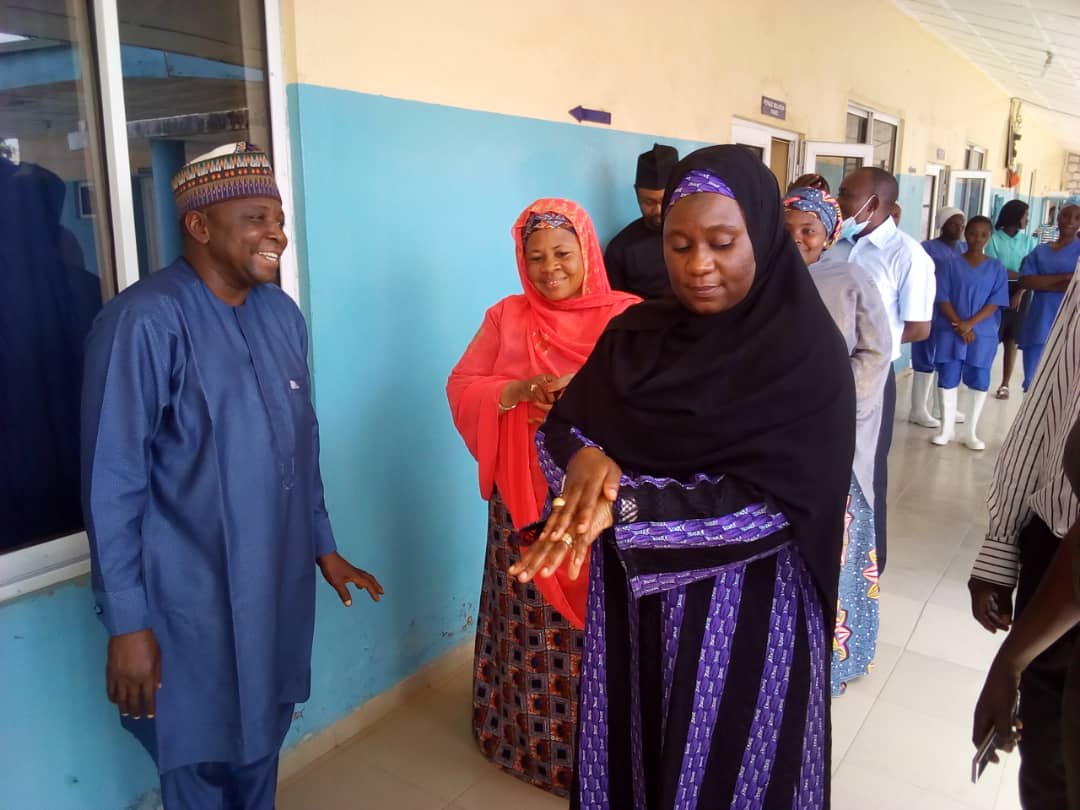 Dr Amina who expressed satisfaction over the center said it was necessary for the state to be prepared for any outbreak particularly on Corona virus.

She explained that some countries of the world like Switzerland and Italy, where the number of infected person’s have reached alarming proportions and young people spreading it without necessarily showing the symptoms noted that people with sickle cell anaemia, pregnant women, diabetics, and the elderly are more vulnerable to the disease and advised that the earlier victims are quarantined, the better, so as to tackle it.

She admonished Nigerlites to limit participating in overcrowded environments because they might not know who is carrying the virus.

The Permanent Secretary Dr Joseph Kolo James accompanied her on the tour….