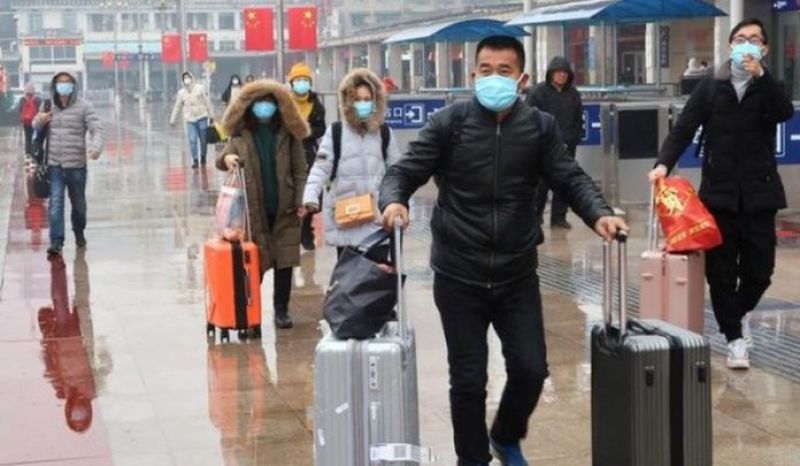 The Ghana Immigration Service on Tuesday, denied entry of 24 Chinese nationals into the country at the Kotoka International Airport.

The Chinese nationals who were on board Ethiopian Airline were all turned away.

“Yesterday 17th of March, 24 Chinese were refused entry, and also one German. All under the same circumstances,” the Deputy Comptroller-General in-charge of command post and operations, Mr. Laud Kwasi Afrifa revealed this update to the media today.

Mr Afrifa added that only foreigners with a resident’s permit will be allowed into the country.

“We are only admitting foreigners who have residents permit and even that their details are being taken and being shared with the Ghana Health Service response team”.

The action of the joint operation by the Ghana Immigration Service and the airport authorities is in line with the government’s travel advisory issued on Sunday, banning travels from epicentres of Covid-19.

The directive became necessary after all cases recorded in Ghana were imported from foreign countries.

Meanwhile, as a temporal measure, President Nana Addo Dankwa Akufo-Addo has directed the management of schools in the country to shut down effective Monday, March 16, 2020, until further notice.

The President gave the order when he addressed the nation on Sunday, March 15, 2020.

He said, “All universities, Senior High Schools and basic schools ie public and private schools, will be closed Monday, March 16, 2020, till further notice. The Ministry of Education, in collaboration with the Ministry of Communication, has been tasked to roll out distance learning programmes.”

The President added that “BECE and WASSCE candidates will be allowed to attend school to prepare for their examinations but with prescribed social distancing protocols.”

President Akufo-Addo as part of his address put a ban on all public gatherings including conferences, workshops, funerals, festivals, political rallies, and church activities and related events as part of measures to stop the spread of coronavirus in the country.

He said the ban will be in force for the next four weeks.