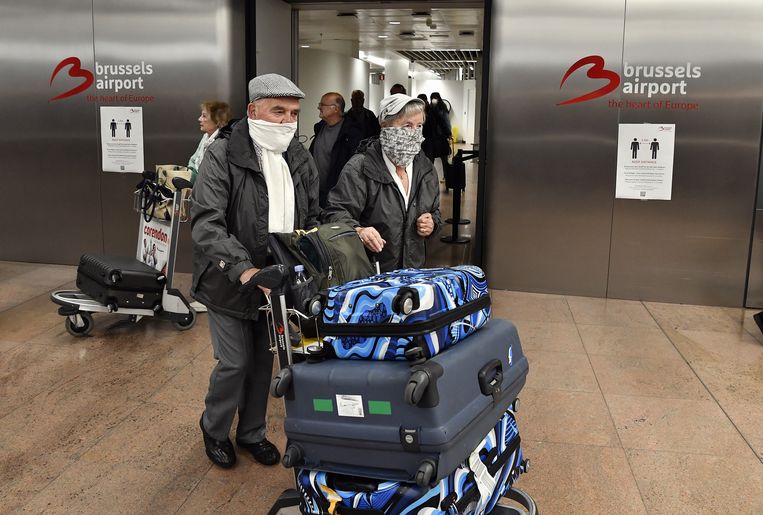 Brussels Airlines is to plan 56 flights to repatriate 9,500 Belgians from 14 countries, on instructions from the foreign affairs ministry.

Yesterday foreign minister Philippe Goffin asked all Belgians currently in other countries to register on the ministry’s website, so that the ministry could get a clear picture of the situation. The flights planned already cover mainly Gambia, Spain, Portugal and Morocco.

Many of those are stranded abroad, as countries shut down all flights to and from Belgium.

In Morocco, for example, 2,650 Belgians signalled their presence. Four charter flights had already been arranged – also with Brussels Airlines – to bring 720 of those home. Others will now be brought back by the government, with flights from Agadir and Marrakesh today.

Brussels Airlines had previously announced it would suspend all scheduled flights from 21 March to 19 April, and would work until Friday this week to bring its staff, scattered across the world, back to Belgium.

The mass charter of 56 flights ordered by the government will go some way to plugging the huge hole in the airline’s finances. Today Brussels Airlines announced a loss of €40.6 million for 2019, despite an increase of 1.7% in the number of passengers carried, to 10.2 million.

The losses were due in large part to the failure of Thomas Cook airlines in September, as well as air traffic controllers striking in Belgium and abroad, and an increase in the price of fuel.

As a result of the poor annual figures, the members of the management board have agreed to take a 20% salary cut for the first six months of this year, while the extended management board takes a cut of 15%.

On the repatriation flights, CEO Dieter Vranckx said the mission was “our duty as a responsible airline company”.

“The repatriations are our priority in the days to come, and after that we can focus on a revival of our activities.”
And he declined to discuss the financial arrangements agreed with the government for the 56 flights.

“We have an agreement that suits us both,” he said.