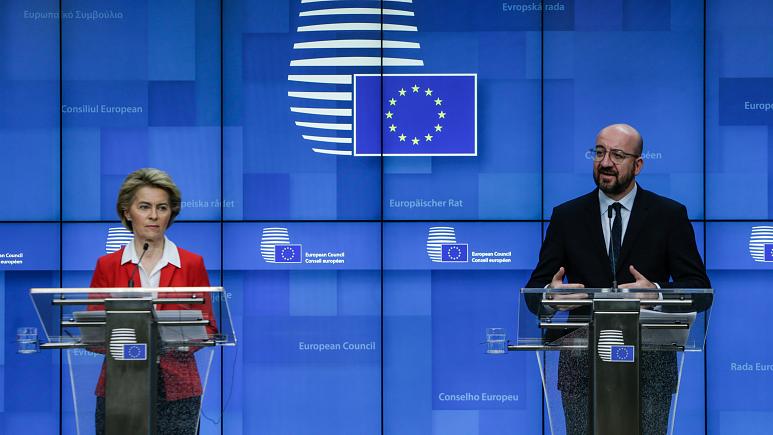 “We are ready to do everything that is required.”

These were the words of European Council President Charles Michel as he confirmed that the European Union will be closing its borders for 30 days amid the coronavirus pandemic.

It is the first significant and tangible step Brussels has taken since this crisis gripped Europe.

But this pandemic is a crisis that Europe, and more specifically the European Union, has struggled to cope with.

This measure to close the border is unprecedented. A month ago, maybe even two weeks ago, it would have been unthinkable.

Charles Michel argued it is necessary to stop and contain the spread of the coronavirus throughout the continent.

It is true that closing the borders will help, but this measure was also about protecting the union itself.

In the past couple of weeks, solidarity has collapsed in the bloc. Countries are have started imposing border controls on neighbouring EU countries, and even Germany has taken steps to manage the flow of people entering and leaving its territory.

On Tuesday, a 35 kilometre-long queue formed at the Polish-German border, where hundreds of Europeans – Latvians, Estonians and Lithuanians – were stuck in trucks, cars and buses.

As the EU must take measures to prevent the spread of the disease, many are worrying about the essence of the European Union and its four freedoms.

What is the EU if its own citizens can’t move freely? What is the single market if goods can’t cross Europe’s borders without hindrance?

READ  VIDEO & DETAILS: I Am Ready To Sleep With Anyone Who Can Give Me N500 – Old Woman

“They said they will immediately do that.”

But it is up to each country to decide how, when, and if they implement such measures.

As the crisis deepens and the virus spreads through the continent, European solidarity will also continue to suffer. What can Brussels do then?

The free movement of people and goods is not meant simply for the good times.

The coronavirus is testing everyone right now, and so far the EU is failing this test.