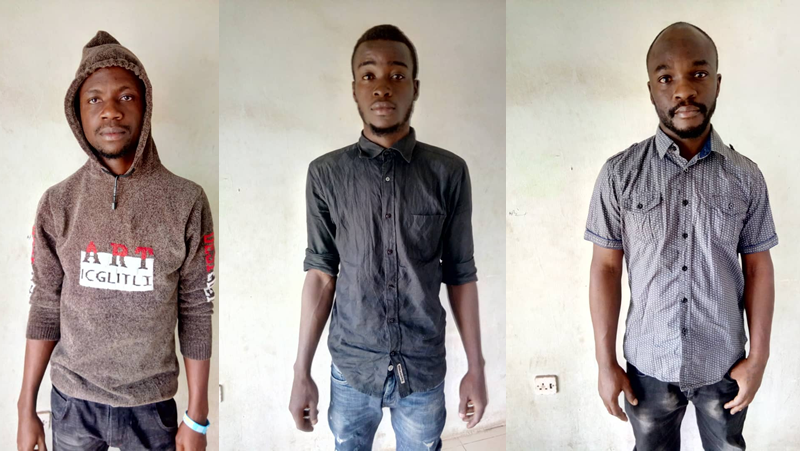 A Kwara High Court in Ilorin on Tuesday sentenced four Internet fraudsters to one year imprisonment each, without an option of fine.

The Presiding Judge, Adenike Akinpelu, found them guilty of the offences brought against them.

“The testimonies of the prosecution witnesses in the matter were not challenged nor contradicted by the accused persons.

“Even when the court gave them liberty to do so, they could not prove otherwise.

“So, this honourable court is of the view that the prosecution had proved its case beyond reasonable doubt against the accused persons.

“This court found all of you guilty of the offence of cheating by impersonation, and hereby convicted accordingly.”

Akinpelu ordered that the expensive car, Laptops and mobile phones recovered from the convicts be forfeited to the Federal Government of Nigeria.

The Economic and Financial Crimes Commission (EFCC), Ilorin Zonal Office, had secured the convictions of the four persons, charged for offences bordering on Internet fraud and other fraud related offences.

For instance, the charge against Sadiku reads:

“Cheated by fraudulently inducing one Terry Rikerd in delivering to you the sum of N2.8 million and deposited it in your Guarantee Trust Bank account number: 0165061811, under the guise of being in a romantic relationship and stranded in Nigeria.

“Thereby committed an offence contrary to Section 320 of the Penal Code and punishable under Section 322 of the same law.”

The charge against Samson reads:

“That you, Atoyebi Samson (William Grover), sometime in July 2019 in Ilorin, did cheat by impersonation, when you pretended to be one William Grover, a white female with Gmail account Williamgrover017@gamil.com.

“Fraudulently deceived Charles Wood, an American citizen, to send $500 worth of gift card, after you made him believe you were a girl in love with him.

“You thereby committed an offence contrary to Section 321 of the Penal Code, and punishable under Section 324 of the same law.”