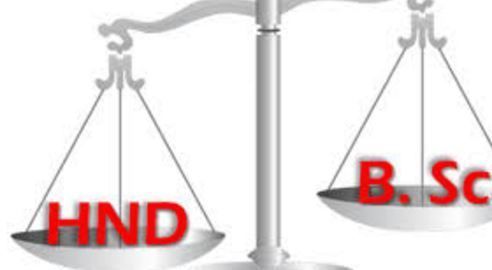 The National Association of Polytechnic Students (NAPOS) has urged the Federal Government to fast track implementation of white paper recommendations on removal of dichotomy between polytechnic and university graduates in public service.

Asuku said the association had waited patiently for the past 14 years for the office of the Head of Civil Service of the Federation (OHCSF) to implement the white paper but to no avail.

He said that the abolution of the dichotomy was approved by the Federal Executive Council in 2006 under former President Olusegun Obasanjo and reaffirmed by all his successors.

“However, the waiting game has continued,” he said.

The NAPS president said that the delay in implementing the white paper was a deliberate attempt to continue to hold the technological advancement of the country to ransom.

“We are yet to see reasons and justification against why OHCSF is reluctant to approve the NATE/COREN proposed career progression template.

“However, we give the OHSCF a 21-day ultimatum to issue implementation circular to the federal government white paper as approved by FEC in 2006.

“Which, among others, directed that the undue dichotomy and ceiling on grade level/rank attainable by HND holders should be removed,’’ he said.

Asuku also demanded that the proposed career progression cadre for Technologist Engineers submitted by COREN for approval and integration into the civil service scheme be approved by the OHCSF.

This, according to him, should be in line with the civil service rules to empower professional bodies to recommend career progression structure for their members.

He added that HND holders who were due for promotion should be allowed to take part in the promotion examinations for vacant positions in their respective professional cadre.

Asuku said that all HND holders who were previously denied promotion, or stagnated for several years, and those who were demoted upon conversion to officer cadre among others should be included.