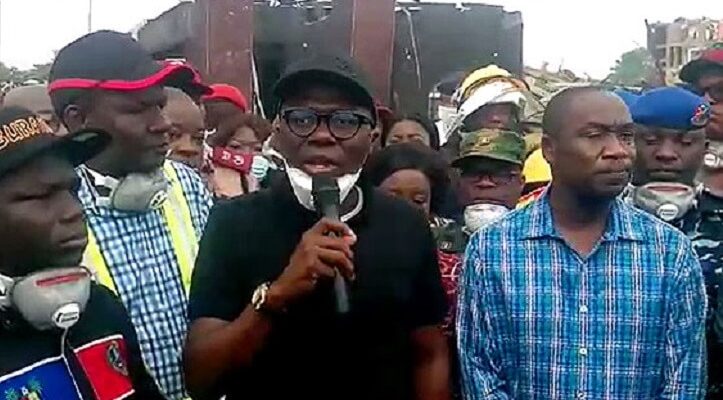 Lagos- To cushion the effect of hardship, as well as assist victims of the recent Abule Ado explosion, the Lagos State government on Monday set up a N2 billion Abule Ado Emergency Relief Fund.

Lagos State Governor, Babajide Sanwo-Olu, who disclosed this to journalists, after visiting the scene of the explosion at Ado Suba, in Abule Ado, said that three account numbers at three different banks had been opened for well-meaning Nigerians and corporate individuals to assist government in ameliorating the sufferings of the victims.

”So what this fund would do is to give everybody the opportunity to be part of it and to be able to donate into it,” the governor said.

He also said the fund would be managed by the Deputy Governor, Dr. Obafemi Hamzat.

Earlier, the governor also setup a committee to look into the immediate cause of the explosion at Abule Ado.

He said that the committee, which would be headed by the Deputy Governor had not more than two weeks to do an extensive investigation as to. what had brought about the catastrophe.