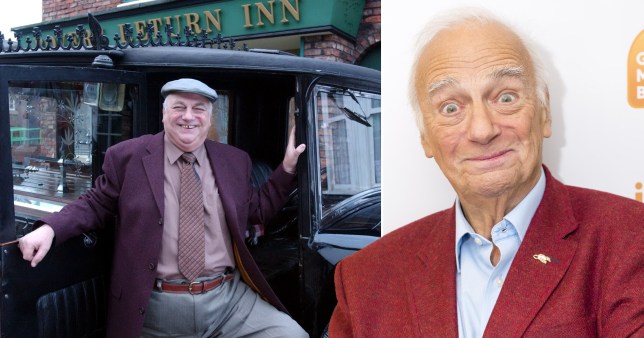 Actor and comic Roy Hudd passed away on Sunday 15th March following a short illness, his agent has confirmed.

Hudd, who was 83 at the time of his death, played local undertaker Archie Shuttleworth on Coronation Street between 2002 and 2010, and presented BBC Radio 2 show The New Huddlines for over two decades.

A statement from his agent said: “We are sad to announce the passing of the much-loved and amazingly talented Roy Hudd OBE. After a short illness, Roy passed away peacefully on Sunday 15th March, with his wife Debbie at his side.

“The family would ask you to respect their privacy at this very sad time.”

Following the announcement, tributes from stars and fans alike have flooded social media.

Former Bake Off host Sandi Toksvig wrote: “Roy Hudd was a comic genius but more than that he was one of the nicest people in show business. At least the heavens will be rocking with laughter.” Meanwhile, comedian Rory Bremner commended Hudd for embodying “a whole strand of the DNA of British comedy.”

Many also praised Hudd for inspiring and mentoring up-and-coming writers, performers and producers throughout his stellar career, including Mark Gatiss and Simon Blackwell.

As well as roles in Law & Order, Call the Midwife, Midsomer Murders and Broadchurch, the prolific actor was also an authority in music hall – a form of variety entertainment popular in the Victorian era.