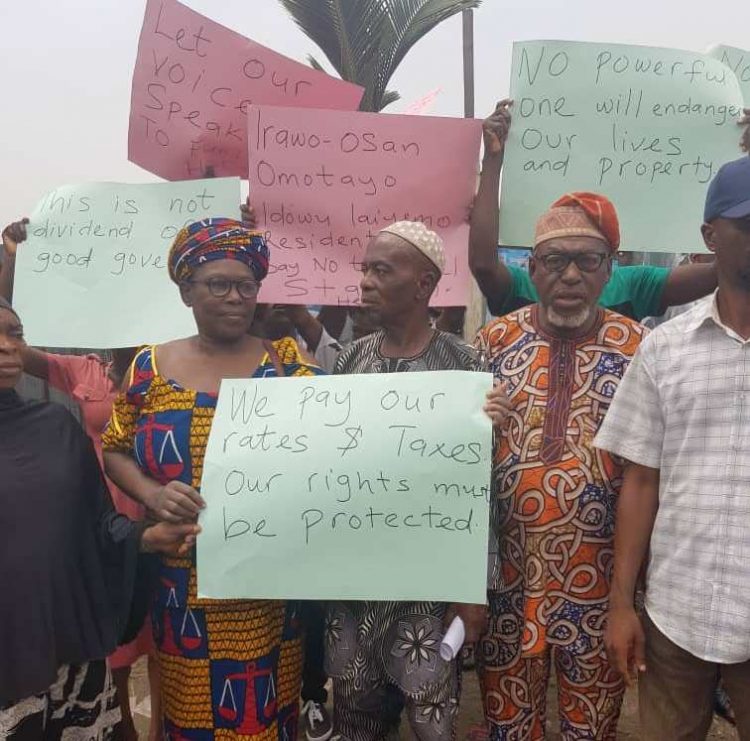 Residents of Irawo-Osan Street, Omotayo Close and Idowu Layemo Street all in the Alapere-Ketu area of Lagos state have called on the State Governor, Babajide Sanwo-Olu to order a stop on the ongoing construction of a new fuel station in the community.

The residents at the weekend embarked on a peaceful protest in the area to register their displeasure and to express concern for the safety of their lives and property.

The protest which had elders and youths of the community present called on the Lagos State Government and other regulatory agencies to enforce an immediate halt of the project, which allegedly belong to one Mr. Rotimi Olowo, a businessman and politician.

The Community leader, Engr. Shola Ladipo expressed worry that the distance between fuel stations as stipulated by the Department of Petroleum Resources (DPR) on the proximity of one fuel station to the other, which is 400m, has not been complied with.

“Constructing a fuel station between the one close to Oshogun Bus stop, and that other one just after Ile-Eja Bus stop leaves us with just about 125 meters in between the fuel stations, which by all health and safety standards speaks of an impending disaster if not quickly checked.

“Don’t also forget that just about 20 meters behind this proposed fuel station on Doyin Omololu Street is a Cooking Gas Plant. Is this not a disaster in waiting?” Ladipo said.

The representative of the youths in the community, Mr. Afolabi Saliu who addressed journalists after the protest also called on the State Government, the Lagos State Environmental Protection Agency (LASEPA) and other relevant authorities to act speedily on the Community’s call, to forestall any harm that could be caused by the new fuel station that is being constructed in an already densely populated residential area.