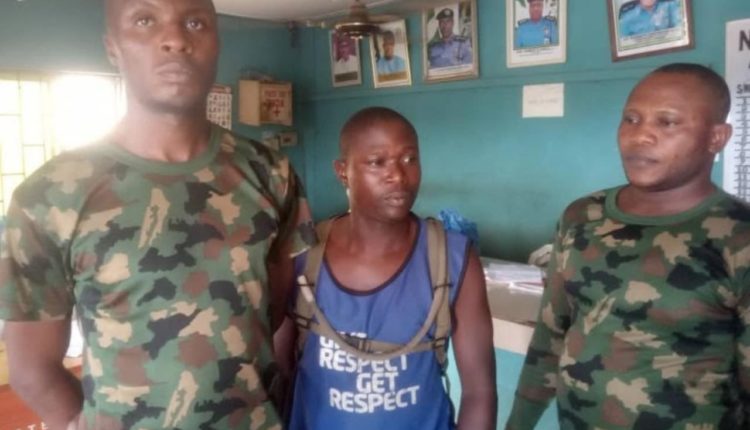 Officers of the Ogun State Police Command have arrested three suspected fake soldiers at Agbado area of the state.

A statement issued by the Police Public Relations Officer, PPRO, DSP Oyeyemi Ajimbola narrated how the three men were arrested in military camouflage in Agbado area of the state while the DPO of Agbado Division, SP Kuranga Yero was on routine patrol of his area with his patrol team.

The suspects: Jacob Onebi, 36, Olabode Oluwaseun, 35, and Olanrewaju Adebayo, 33, have been on close watch of the police following series of report from members of the public about their illegal activities in the area.

“On sighting them on that fateful day, the DPO and his men accosted them and demanded for their proper identity.

“The suspects claimed initially to be officers of 174 Battalion, Ikorodu, but on further investigation, two among them confessed to have been dismissed from the Nigerian army long time ago while the third happened to be their friend who was co-opted into their nefarious activities,” the statement said.

Meanwhile, the Commissioner of Police, CP Kenneth Ebrimson has ordered the immediate transfer of the suspects to State Criminal Investigation and Intelligence Department for further investigation and prosecution.