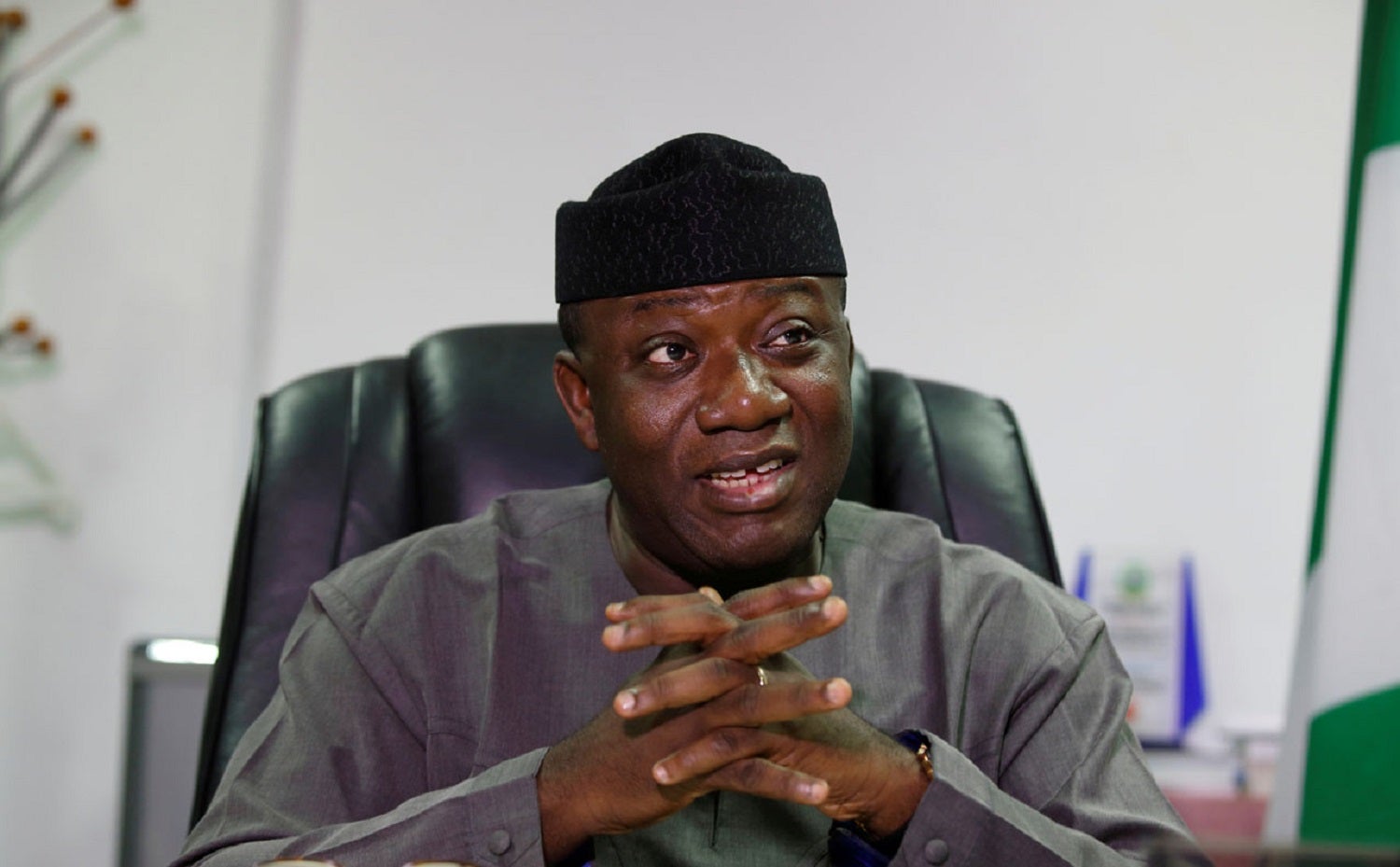 Ekiti State Governor, Dr. Kayode Fayemi on Monday signed the bill for the establishment of the state Security Network Agency and Amotekun Corps into law.

The House of Assembly on February 14 passed the bill and forwarded it to the governor for his assent after exhaustive points-by-points and clause-by-clause scrutinization of the bill.

The security outfit was initiated by the six South-West governors to tackle the prevailing security challenges facing the region.

Presenting the bill to the governor at the event held at the popular Jibowu Hall inside the Government House, Ado-Ekiti, the state capital, the Speaker of the state House of Assembly, Funminiyi Afuye, said the House had fulfilled its fundamental responsibility of making people-oriented laws that would guarantee adequuate protection of lives and property of the people of the state.

Afuye expressed optimism that the bill when sign into law would stem the tide of kidnapping, banditry, armed robbery and other manifestation of criminalities that have continued to constitute hindrances to people’s normal social and economic life.

He said the homogeneity of Yoruba race, in terms of politics, culture and history made the Amotekun gained traction in the southwest region.

” It is clear that the police are overwhelmed, overstreched and overburdened. This is where the concept behind Amotekun stemmed from. I want to also douse the tension and clarify that it won’t compete with police but will complement it”, he said.

In his remarks at the event witnessed by top government functionaries and traditional rulers, Fayemi warned criminals to steer clear of Ekiti, boasting that “Amotekun Corps will get you wherever you hide”.

The governor said the security outfit would not be politicised but rather strengthen to ensure that criminals within and outside the state had no breathing space.

The governor said the resilience of Ekiti kete and Yoruba race brought the security outfit to full operation, stressing the scenario leading to the formation of Amotekun corps was novel since the advent of democracy in 1999.

“Since the advent of democracy in 1999, this is the first time when Yoruba people will speak with one voice without political or religious considerations”, he said.

Speaking about the event leading to the formation of the corps, Fayemi said: “As a responsible and responsive government,it is our belief that security is significant and we won’t toy with security of lives and property.

“In tackling some of these menaces, which surfaced in the southwest region, the governors in the zone officially launched Western Nigeria Security Network in Ibadan on Jan 20, 2020 at and the bill that will form the legal framework was passed by the State House of Assembly .

“Let me clarify that Amotekun will help the police to arrest, gather intelligence and information , arrest and prosecution of criminals , tackle illegal mining, land trespass, cattle rustling, destruction of crops, tresspass into farmlands, cultism, highway robbery, among others.

“Amotekun is not a substitute to the existing security networks , but a complement to it. It is not for Ekiti people alone, but for everbody. As long as you are resident in Ekiti, you enjoy the right to be protected , so it is not for the indigenes alone.

“Crime fighting is a collective responsibility. Those perpetrating crimes are living among us and let us be vigilant and help the Amotekun Corps fish out criminals in our midst”, he said.

Fayemi promised that the handlers of Amotekun will be thorough with the issues of recruitment, training and deployment of the operatives , for efficiency and effectiveness of the network.

“The issues of recruitment, training and deployment will be carefully considered. All the operatives will work in areas where they understand better”.

The governor charged the royal fathers to coalesce efforts with the security network to get rid criminal-minided people at the grassroots.

The Chairman, Ekiti State Council of traditional rulers, Oba Adebanji Alabi , described the signing of the bill as epochal in the annal of history of yorubaland and worthy of celebration.

“You could all remember the events leading to kidnapping, banditry, destruction of crops in the southwest . It was like the region was under siege .

“The governor, Dr Kayoe Fayemi and other colleagues championed the course and worked hard to achieve this success despite encumbrances and obstacles.

“But for Amotekun to be a success, it rests on three things, the recruitment, which must be painstakingly done. The Government and the Obas must make sure we have round pegs in round holes.

“Number two is training , they must be properly trained , groomed in the act of security, information and intelligence gathering , how to guard against sabotage among other skills required of them. The third one is good and strategic deployment, so that we won’t have security operatives that will be ineffective and kleptomaniac”, he advised.

The Chairman of Association of Local Government of Nigeria(ALGON), Mr. Amire Kolade and the coordinator of the Vigillance Group of Nigeria, Mr. Akin Olorunloni, promised that they would work zealously and assiduously with the corps for Ekiti to become a no-go-area for criminals.