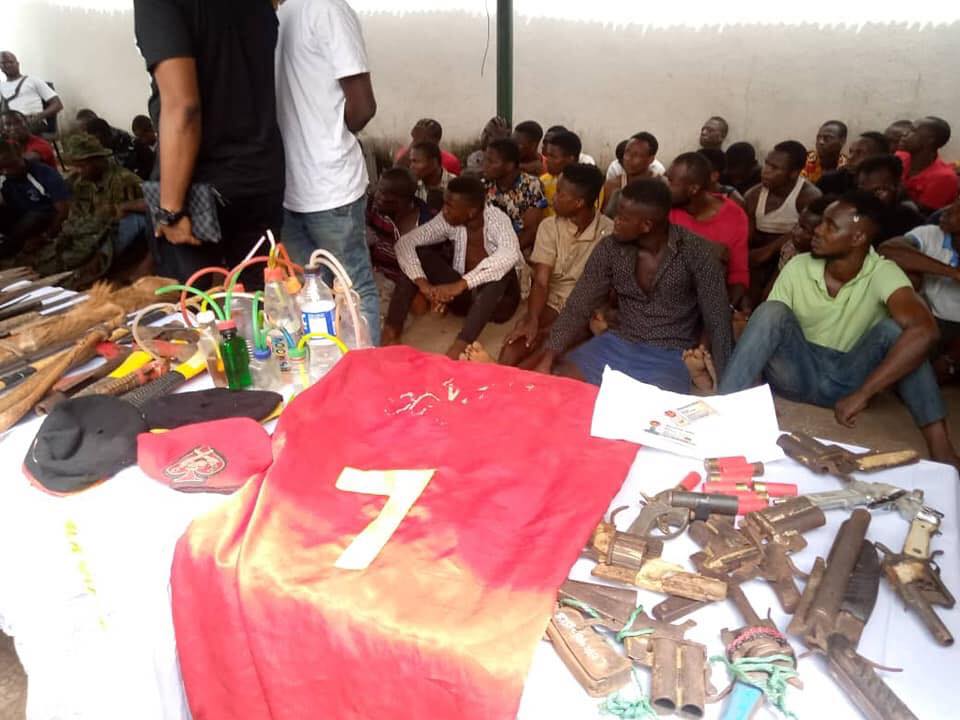 Anambra state police command has today the thirteenth March, 2020, paraded one hundred and twenty-two crime suspects at the Police Headquarters in Awka.

The suspects who ara from eighteen to forty-five years were arrested and paraded for various degrees of crime including armed robbery, murder, cultism, impersonation, among others.

Items recovered from the suspects are Toyota Rav4, Sienna 2009, Spider car, and Lexus RX330, among others.