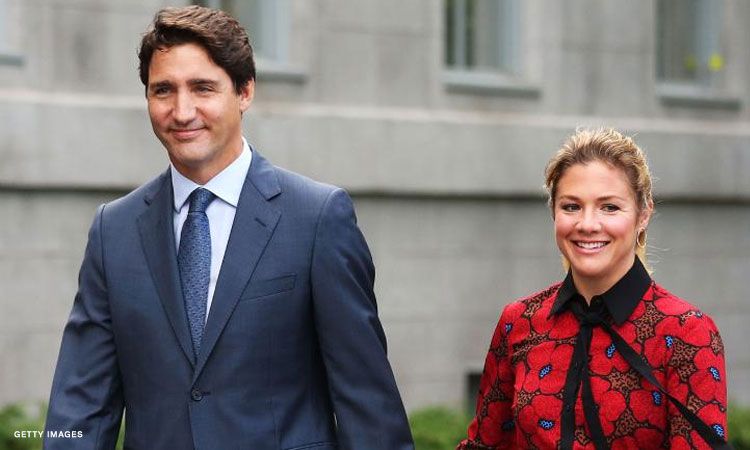 Prime Minister Justin Trudeau, who had been self-isolating at home with his wife, will not be tested “at this stage” because he currently has no symptoms, the Prime Minister’s Office confirmed.

The prime minister and his wife will be in isolation for a planned period of 14 days.

Gregoire Trudeau said in a statement that she is experiencing “uncomfortable symptoms of the virus” but plans to be back on her feet soon.

“Being in quarantine at home is nothing compared to other Canadian families who might be going through this and for those facing more serious health concerns,” Gregoire Trudeau said.

“We will get through this situation together. Please share the facts and take your health seriously.”

This is a breaking news alert. More to come.

Prime Minister Justin Trudeau is self-isolating after his wife, Sophie Gregoire Trudeau, began exhibiting flu-like symptoms after returning from a speaking engagement in the U.K.

According to a statement from the Prime Minister’s Office, she immediately sought medical advice after developing the symptoms and a low fever late Wednesday.

She is being tested for the COVID-19 virus. Both she and the prime minister are self-isolating at home while awaiting her test results.

“The doctor’s advice to the Prime Minister is to continue daily activities while self-monitoring, given he is exhibiting no symptoms himself. However, out of an abundance of caution, the Prime Minister is opting to self-isolate and work from home until receiving Sophie’s results,” read the statement.

“The Prime Minister will spend the day in briefings, phone calls, and virtual meetings from home, including speaking with other world leaders and joining the special COVID-19 cabinet committee discussion.”

In a tweet sent Thursday afternoon, Trudeau said his wife was feeling better, but echoed the message of caution.

“Out of an abundance of caution, I too will be self-isolating & self-monitoring until we get Sophie‘s results back. But I‘ll be busy working from home. Today, I‘ll be speaking with some world leaders and joining ministers for a Cabinet committee discussion on COVID-19,” read the tweet.

Sources tell CTV News that the couple’s children are not showing symptoms and are not being quarantined.

The incident has forced the cancellation of an in-person meeting of Canada’s first ministers.

Deputy Prime Minister Chrystia Freeland said she spoke with Trudeau several times on Thursday and that he sounded “energetic as usual.”

“He sounded fantastic. He is very much in charge,” Freeland told CTV’s Power Play, adding that Trudeau spoke with at least three G7 leaders on the phone and participated in an ad hoc meeting on the coronavirus.

“How I would describe it is the prime minister is working from home, and he has been working really hard.”

“I have been in contact with a doctor and they do not believe I have symptoms consistent with COVID19. But their advice is for me to limit contact with the public until I am feeling better,” he tweeted.

“All of us come into contact with many people who may be vulnerable to illness – we have to make sure we are taking measures to limit the chance that we infect them.”

According to a statement from the Conservative Party, no Conservative MPs are currently in self-isolation and none have been tested for COVID-19.

The Public Health Agency of Canada (PHAC) is directing any Canadians with symptoms to isolate themselves at home and avoid contact with others.

Anyone who is not showing symptoms, but has had a high risk of exposure to the virus– having been in close contact with someone who is ill, for example– is being asked to enter into a “voluntary home quarantine,” also known as “self-isolation.”

To date, Canada has 140 confirmed cases of the novel coronavirus. Seventeen new cases were announced in Ontario Thursday, along with four new cases in Quebec, and the first presumptive cases in Manitoba and Saskatchewan.

On Wednesday, Trudeau announced that the government is putting more than $1 billion into its plan to combat and mitigate the impacts of the virus.

That includes more support for provinces to shore up their regional health authorities and stockpiles in anticipation of a worsened spread of the virus, and waiving the waiting period for employment insurance assistance for workers who are in quarantine.

Former NDP leader Tom Mulcair praised Trudeau’s response, noting that all parties need to band together to fight the spread of the virus domestically.

“This is a little bit akin to a time of war, where everyone, from all parties, has to work together” he told CTV News Channel Thursday. “This is an unprecedented situation – uncharted territory – and we’re going to have to try to get through all of this together.”