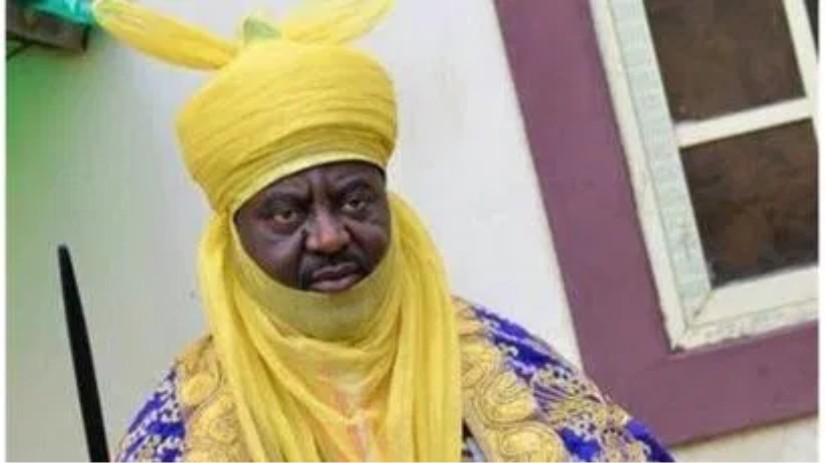 The newly appointed Emir of Kano, Alhaji Aminu Bayero has spoken after receiving letter of appointment from Kano Governor.

The Emir of Kano, Alhaji Aminu Bayero has revealed that his late father’s wish has materialised with the appointment of himself and his brother as first-class Emirs, a report by Punch has revealed.

He said this while reacting to Governor Umar Ganduje’s comment on Wednesday that he had made history by appointing two blood brothers, Alhaji Aminu Bayero and Nasiru Bayero as Emirs of Kano and Bichi respectively.

Ganduje made the remark while presenting appointment letters to the two newly appointed Emirs at the Coronation Hall, Kano State Government House.

“This is the first time in Nigeria or anywhere in Africa where two brothers are receiving appointment letters as first-class Emirs in the same state. They have indeed inherited the good work of their father, Alhaji Ado Bayero, who served Emir for 53 years,” he said.

In his remark, the new Emir of Kano promised to be respectful, loyal and obedient as they were taught by their late father, Alhaji Ado Bayero.

He stated, “We trust in God’s judgment we believe everything has its destiny and time and today it has come to pass.

“I recall my late father instructed us to embrace patience, loyalty to constituted authorities and be dependent on Allah for everything.

“On this historic day, I will say these wishes of our late father have come to materialise.”

In his remarks, the Emir of Bichi urged the state government to create job opportunities for the teeming number of unemployed people in the state.