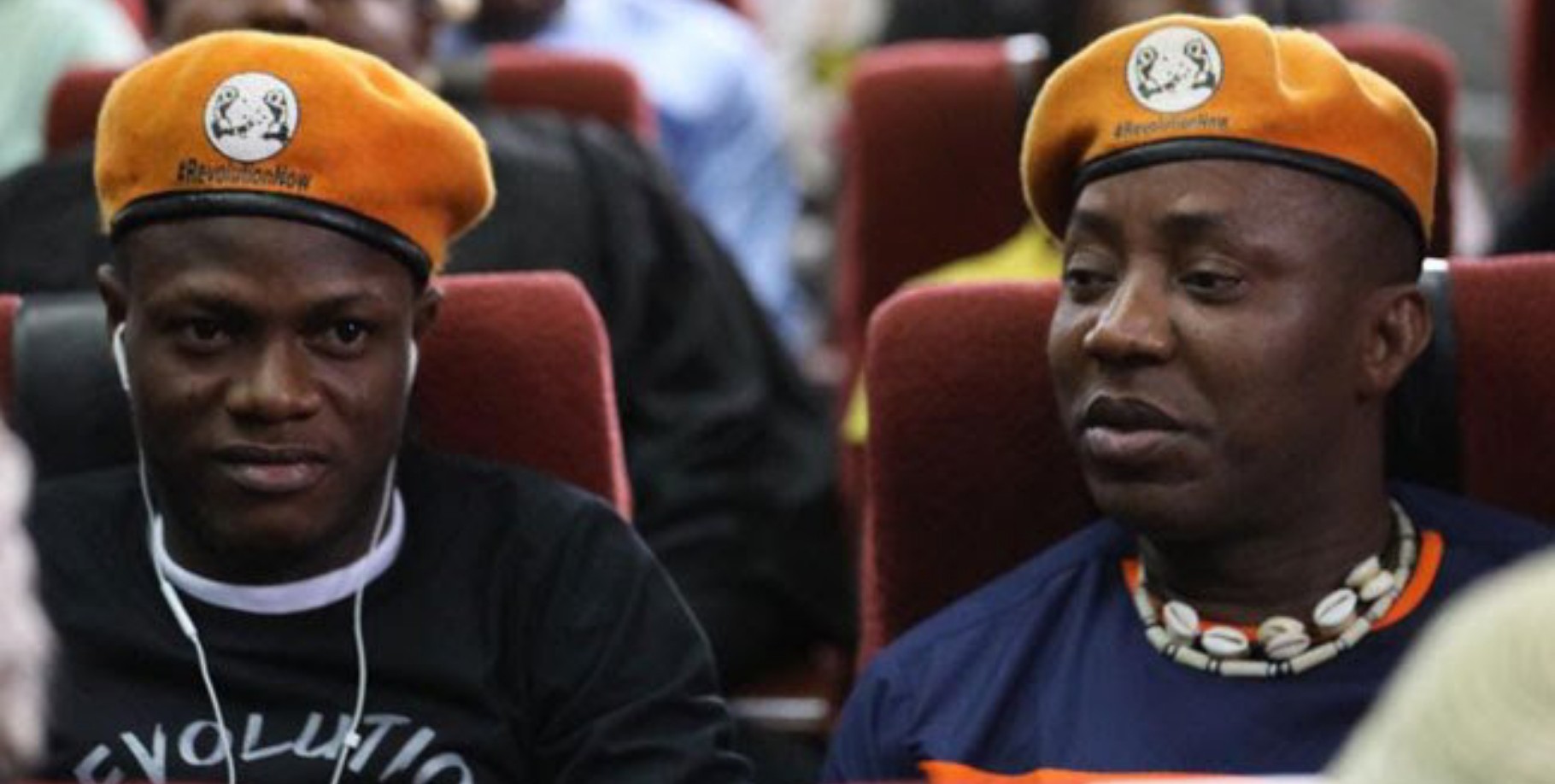 The Federal High Court, Abuja, on Wednesday, commenced the trial of the convener of the #RevolutionNow protest and publisher of the Sahara Reporters, Omoyele Sowore, and his co-defendant, Olawale Bakare on a fresh two-count amended charge preferred against them by the Federal Government.

The Federal Government had earlier slammed a seven-count charge against Sowore and his co-defendant, but had, on February 13, 2020, amended the conspiracy and treasonable felony charge, reducing them to two-count, to which the defendants pleaded not guilty to.

When the matter came up today, the prosecution counsel, Aminu Aliyu from the chambers of the Attorney General of the Federation (AGF) led the first prosecution witness in evidence.

The witness, Rasheed Olawale, who is an operative of the Department of State Services (DSS) told the court that his team arrested Sowore and Bakare in a hotel in Lagos while planning to stage a revolution on August 5, 2019, all over the country.

The witness said: “Prior to the arrest of the convener of the #Revolution Now protest, we received intelligence report that Sowore planned to carry out revolution on August 5, 2019, by revolting along with his associates against the democratic government of the Federal Republic of Nigeria throughout the federation.

“Intelligent report also revealed that prior to the arrest of the defendants, they were at Maryland, making graphic inscription on the wall of Maryland bridge, Lagos, stating revolution now on 5th August 2019,” he told the court.

Olawale further said that Sowore was at the Maryland bridge. sensitising people and passers-by that on the day the revolution would be held, the government will cease to exist.

At this juncture, Sowore’s counsel, Femi Falana (SAN), objected to the admissibility of the oral evidence of the witness that is not contained in his statements served on the defence.

The prosecution counsel, Aliyu, while urging the court to discountenance the objection of the defence for lacking in merit, said the defence has the opportunity to cross-examine the witness, more so that, what was served on them was a summary statement of the witness.

The trial Judge, Justice Ijeoma Ojukwu, in her ruling asked the prosecution to serve the defence with all the evidence of the witnesses that it intends to rely on and adjourned further trials to April 1st and 2nd, 2020.

The first count on the amended charge accused the publisher of the Sahara Reporter and his co-defendant of conspiracy to commit treasonable felony, contrary to section 516 of the Criminal Code Act, Cap C38 Laws of the Federation of Nigeria, 2004 and punishable under the same section of the Act.

Count two accused them of committing treasonable felony, contrary to section 41(a) of the Criminal Code Act Cap C38 Laws of the Federation of Nigeria, 2004 and punishable under same section of the Act.