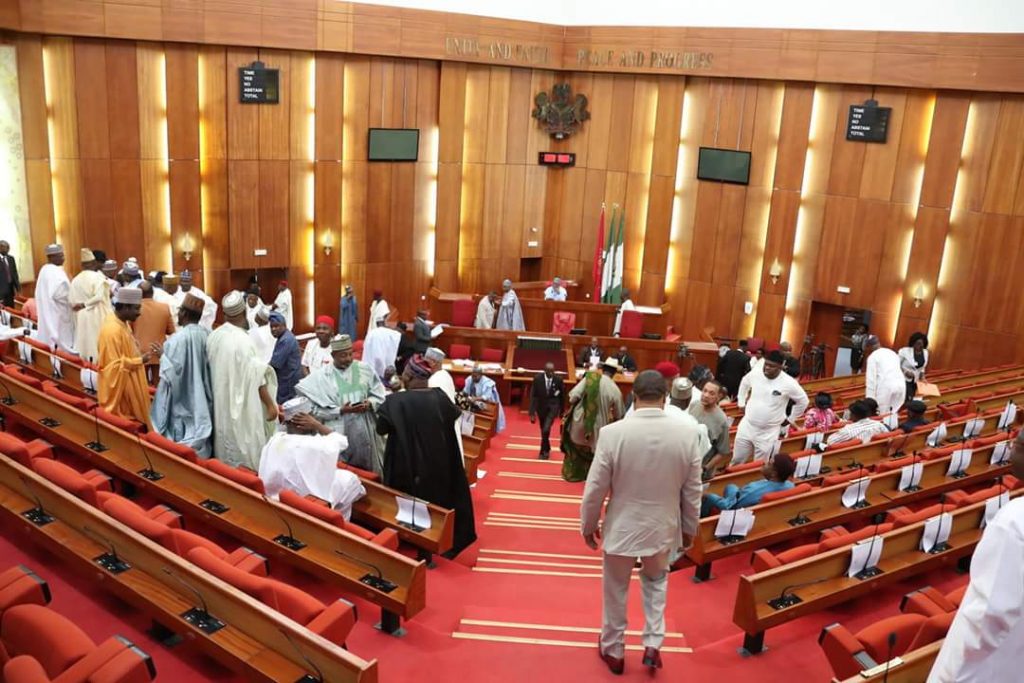 Some male senators have voted against the addition of gender equality in the constitution.

Some Nigerian male senators yesterday March 10, voted against the addition of “gender equality” into the Nigerian constitution during the plenary session at the senate chamber.

The voting process was carried out after the chairperson of the Senate Committee on Women Affairs, Betty Apiafi raised a motion, urging employers of labour and political parties to give women equal opportunities to allow them achieve their true potentials.

Though none of the male senators expressed their dissatisfaction with the motion, they however kicked against it after a voice vote was carried out.

However in spite of the ‘nays’ being the loudest, the Senate resolved to ensure that gender equality is a priority in the next constitutional amendment.

In the current political space in Nigeria, women are minorities in the National House of Assembly as they constitute less than 10 percent of the 109-member Senate.