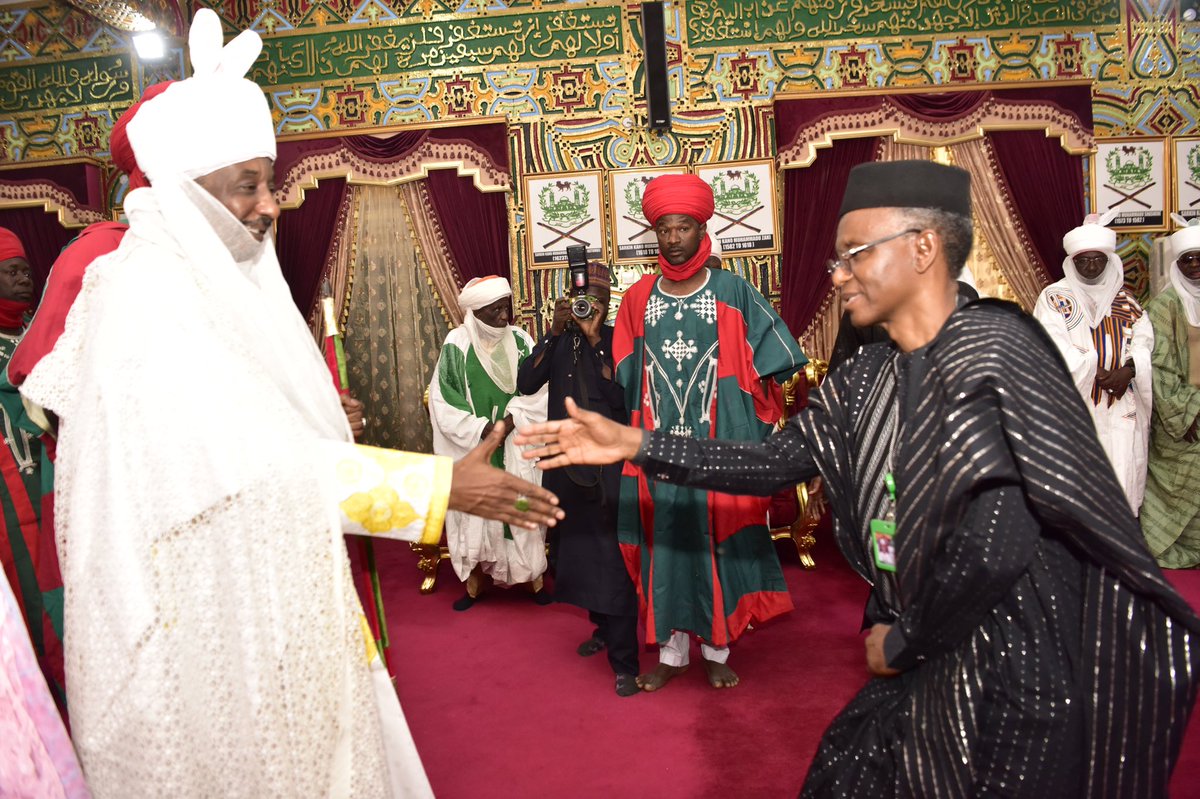 A former Emir of Kano state, Sanusi Muhammad II has been given a new political appointment a few days after being deposed.

Deposed emir of Kano, Muhammadu Sanusi II has been appointed into the board of the Kaduna Investment Promotion Agency, KADIPA, about 24 hours after he was removed as Emir of Kano.

The appointment was made public by the Kaduna State Government in a statement by Muyiwa Adekeye, Special Adviser on Media and Communication on Tuesday.

He said that “Kaduna State hopes to benefit from the profile, experience, intellect and networks of His Highness, Muhammad Sanusi, who before becoming Emir, had built a solid reputation in global financial circles.

“Malam Nasir El-Rufai said that Kaduna State is honoured to be able to call on the services of a man of such calibre to drive its development,’’ the statement added.

The statement which said that El-Rufai has approved the reconstitution of the board of KADIPA, further said that the agency was established in 2015, and has led the investment drive of the state and anchored implementation of the Ease of Doing Business Charter that earned Kaduna State recognition as the Number One place for doing business in Nigeria.

According to the statement, Deputy Governor of Kaduna State, Dr Hadiza Balarabe will chair the board while His Highness Muhammadu Sanusi II will be Vice-Chairman.

Other members of the board include Malam Balarabe Abbas Lawal, the Secretary to the State Government, Mr Jimi Lawal, Senior Adviser and Counsellor and Aisha Dikko, the Attorney General of Kaduna State.

Other board members are the Director-General of Kaduna Geographic Information System(KADGIS), Altine Jibrin, Muhammad Hafiz Bayero, the Managing Director of Kaduna Market Development and Management Company, Farida Dankaka and Umma Aboki, the Executive Secretary of KADIPA.

“The Governor also said that he is confident that the new board, which contains the most senior officers of the state will further propel KADIPA to greater success in attracting investments to Kaduna State.”

The statement disclosed that the government carefully chose the external members to further reinforce the investment credentials of the state.

According to Adekeye, “El-Rufai has expressed his gratitude to members of the reconstituted board of KADIPA for agreeing to serve”.