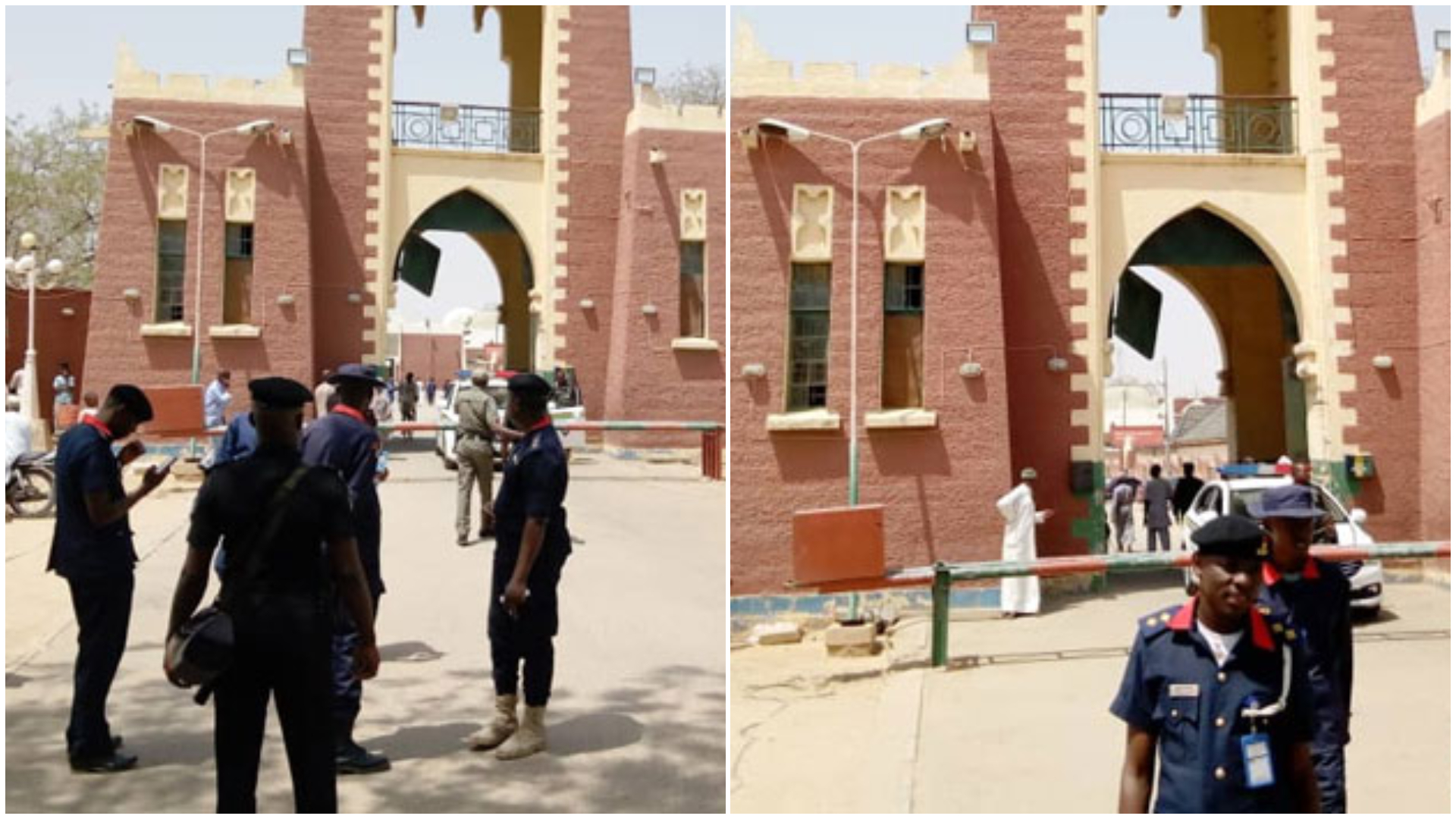 A team of security operatives on Monday stormed the palace of the Emir of Kano in Kano State.

This followed the removal of the Emir of Kano, Muhammadu Sanusi II, from office by the state government.

The team of security personnel at the traditional ruler’s palace included men of the Nigeria Police and the Nigeria Security and Civil Defence Corps (NSCDC).

Sanusi’s removal was announced by the Secretary to the State Government, Usman Alhaji, during the State Executive Council meeting held at the Government House in Kano.

According to Alhaji, the decision to remove the traditional ruler was as a result of his alleged consistent refusal to abide by instructions given to him by the state government.

Elsewhere, there have been reports of a rowdy session in the Kano State House of Assembly shortly after the announcement of the emir’s removal.

In a video trending on social media, Monday’s plenary was when a group of lawmakers in the chamber clustered together in what appeared to be a fight over the mace in the legislative chamber of the House.

The mace was later taken away from the chamber by a man believed to be the clerk of the House.

Sanusi’s removal comes one week after the Kano State Public Complaint and Anti-Corruption Commission had summoned the Emir.

He was asked to respond to a petition accusing him of selling lands belonging to the Kano Emirate to the tune of N2 billion.

The traditional ruler had, however, secured a restriction order from a court to stop the commission from investigating him.