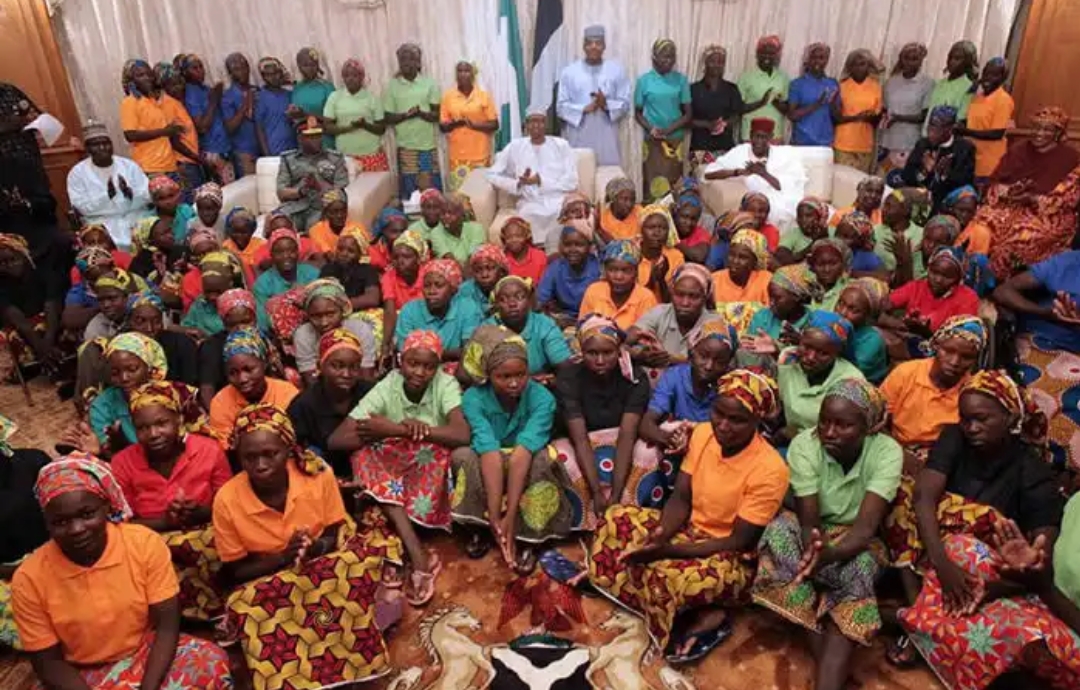 The mothers of the remaining 112 Chibok girls still in Boko Haram captivity have called on the Federal Government and other world women organisations to intensify efforts toward the release of their daughters.

They made the call in a letter written to commemorate the 2020 International Women’s Day, which was made available to newsmen on Monday in Asaba, Delta.

The letter was entitled: “Open letter to the World’s Most Powerful Women by Chibok Mothers on International Women’s Day 2020.”

It was signed by Yana Galang, Monica Stover, Hannatu Dauda, Mary Shettima, Ladi Zanna Lawan and Rebecca Samuel, on behalf of the mothers of the 112 Chibok girls.

They also pleaded with the world’s most powerful women to further intensify their efforts to ensure the release of the remaining of their 112 of our daughters in Boko Haram captivity.

According to them, on a day such as this, our community shines a light on your strengths as women who have worked hard to shift mind-sets, tackle obstacles, shattered glass ceilings and changed the narrative in your various spheres of influence.

“We seek to stand upon your shoulders, to shine a light on our pain and hopelessness, to bring our plight, which has had no reprieve,” they said.

The letter reads: “We also stand before you and every mother, daughter and sister who in one way or another has fought for our daughters and for the girl-child.

“On April 14, 2014, 276 of our daughters were abducted by the terrorist group Boko Haram from their school in Chibok, in North-East Nigeria.

“However, today, almost six years after the abduction, 112 of our daughters remain in captivity.

“Our anguish is unbearable as we do not know what has happened to our children.

“A day does not go by without us sending up a prayer that perhaps, today, we will be reunited with our daughters.

“Our daughters are the repository of our hope. Our desire to educate them was to empower our community and change our collective lives, and reach beyond the invisible lines that poverty and culture did not allow us to cross.

“Our dreams are dashed and our hope deferred and the nightmare we live daily has no end.”

According to it, we lay our tears at your feet, dear Sisters, and we put our hands in yours to receive strength to rise from the shackles that have imprisoned us and our children.

“We know that as we walk through this storm, you will lift our heads and shine a light on our path knowing that when we collectively illuminate the path, all can see and see clearer too. What affects one, affects all.

“Fight with us, we beg you to Call on the governments of the world not to relent until all our daughters — including Leah Sharibu of Dapchi and every girl, woman and child held captive by Boko Haram is returned home.”