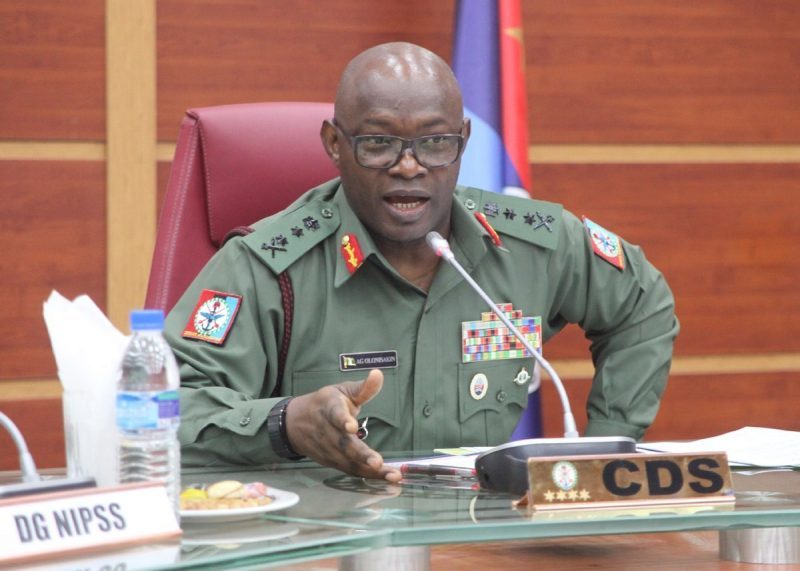 The Chief of Defence Staff, General Gabriel Olonisakin, has dismissed reports that repentant and rehabilitated Boko Haram members were being recruited into the Nigerian military.

Olonisakin, who was represented by Chief of Defence Policy and Plans, AVM Nurudeen Balogun, stated this at a Stakeholders’ Meeting of Operation Safe Corridor on Thursday in Abuja.

At the meeting convened by the Defence Headquarters to work out modalities for the transfer of rehabilitated ex-Boko Haram terrorists to their national and state governments, Olonisakin said, “I wish to assure Nigerians that none of the rehabilitated Nigerians from OPSC Deradicalization, Rehabilitation and Reintegration has been recruited into the Nigerian Military or any of its sister agencies.

“Stringent measures have been put in place to prevent such from happening.

“The Federal Government of Nigeria and indeed the armed forces as well as the security agencies are committed to ending the insurgency in the North-East and other forms of criminalities bedevilling the nation.”

Earlier, the Coordinator of OPSC, Maj.-Gen. Bamidele Shafa said the programme had become a global model for other countries to emulate in recent time.

“Since the commencement of the programme, OPSC has admitted 893 clients including 874 adults and 19 minors for the DRR Programme in Gombe out of which 280 including 2 Chadians have so far been transferred to their respective national and state authorities.

“Presently, there are 606 clients undergoing the programme in the camp.

“Also, 86 minors passed through UNICEF Child Care Programme at the Bulumkutu Rehabilitation Centre in Maiduguri in conjunction with Borno State Ministry of Women Affairs and Social Development,” he said.