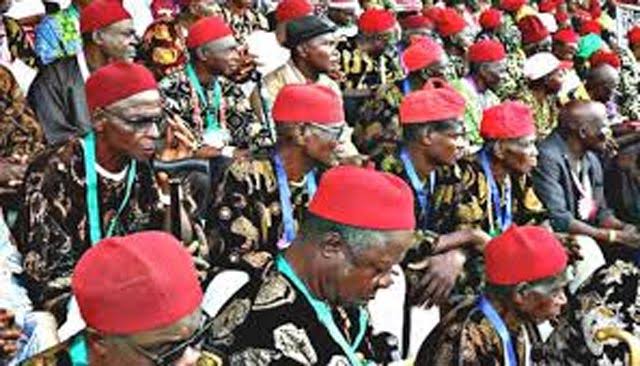 The Igbo apex socio-cultural organisation, Ohanaeze Ndigbo, has warned that the Ndigbo will not fold their arms and allow Fulani herdsmen to continue to harass, rape and kill her people in their land.

The President-General of the Ohanaeze, Chief Nnia Nwodo, in an open letter to the Inspector-General of Police, titled, ‘The road to anarchy,’ on Tuesday, said Igbo were ready and capable of defending themselves from any aggression.

“We are law-abiding, hospitable and always ready to coexist with others as friends and brothers but not as foes and at a supreme price. Enough is enough,” Nwodo said.

Nwodo, who narrated how two Fulani boys openly wielded AK-47 rifles in Anambra community and Commissioner of Police in the state refused to arrest those boys, “because they came from a particular section of the country.”

The Igbo apex body asked the Inspector-General of Police, “Is the bearing of unlicensed firearms no longer illegal and therefore punishable in breach in the laws of this country?

“The behaviour of the police probably explains why it is only police commissioners from a particular part of the country that are posted to Igbo land. This also tends to lay credence to the fears being harboured by our people that even the military laying siege to Igbo land are here to protect the interest of an ethnic group. Not only have Ndigbo been marginalised in this country, they are even being pushed to the brink. It is always said that no country survives a second civil war.”