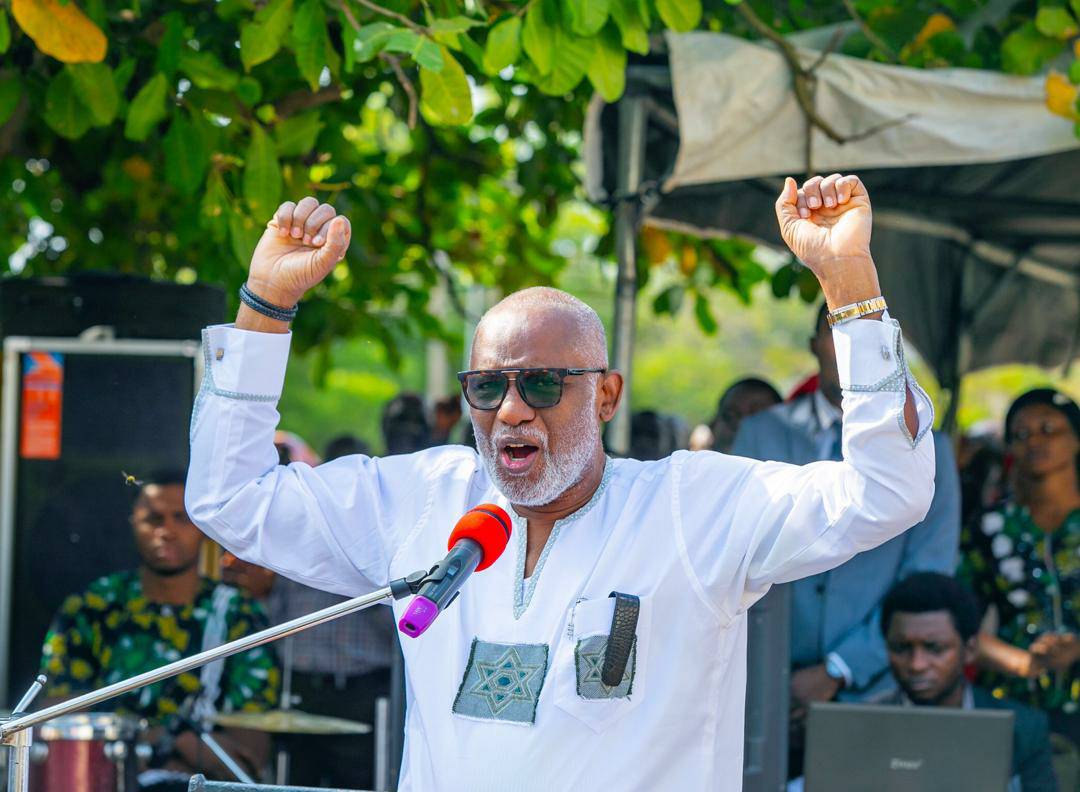 Some of the security vehicles provided by South-West states for the Western Nigeria Security Network and some dignitaries at the inauguration of Operation Amotekun in Ibadan…on Thursday. Photos: Wale Oyewale, Oyo State Government and NAN

The Ondo State House of Assembly on Tuesday passed a bill for a law to establish the State Security Network Agency and Amotekun Corps Bill.

The Assembly on February 18 deliberated on the bill and committed it to the House Committee on Security Matters after scaling through first and second reading and had its public hearing on February 24.

The Majority Leader, Mr Jamiu Maito, had moved a motion for the bill to be submitted by the Chairman of the House Committee on Security Matters, Ololade Begudu, and it was seconded by Favour Tomowemo representing Ilaje 2.

Mr Bode Adeyelu read the bill for third reading, with Maito moving the motion for its passage while it was seconded by Leonard Akinribido, the Deputy Minority Leader.

Speaking on the recommendations of the bill, Begudu said the security agency would have a board to be administered by a chairman to be appointed by the governor.

He added that the chairman must be a person of proven integrity while there would a commander to lead the personnel of the corps on the field.

The Speaker of the house, Mr Bamidele Oleyelogun, on his part, described the passage of the bill as remarkable.

The state Attorney General and Commissioner for Justice, Mr Kola Olawoye, said that history had been made in the state.