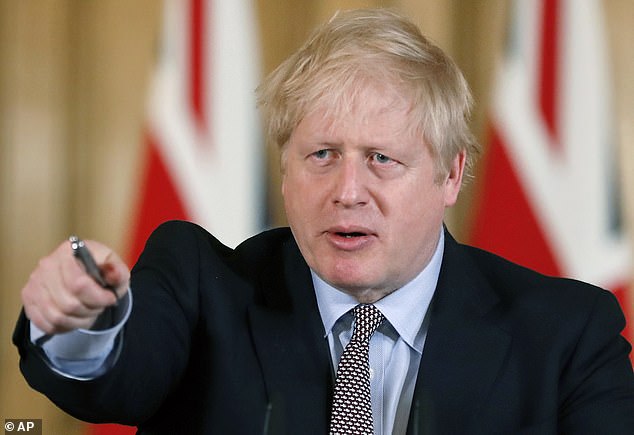 BORIS JOHNSON launched the Government’s plan to combat a potential epidemic of coronavirus in the UK in a statement from Downing Street on Tuesday.

Speaking at a special press conference from Downing Street, the Prime Minister launched the plan vowing that officials are “ready to take necessary steps” to contain coronavirus and protect the vulnerable. Boris Johnson said the plan will pan out in the four stages of containing the virus, delaying the spreading, researching for a cure and mitigating the impact of the virus. He urged Britons to continue to wash their hands by singing “happy birthday twice” to maximise the killing of germs.

He warned it is now “highly likely we will see a growing number of UK cases” and stressed “the Government’s overriding priority to keep people safe”.

The strategy includes a “war room” to bring together communications experts and scientists from across Government and the NHS to roll out a public information campaign.

Legislation allowing the Government to use extra powers to help control Covid-19 is expected to go through Parliament by the end of the month.

According to Boris Johnson’s Government’s plan, a coronavirus outbreak could lead to a fifth of workers being absent, cause the police to drop low-priority cases and force the NHS to delay non-urgent care

The 27-page document sets out the UK-wide response to Covid-19 amid widespread concerns about the impact the virus will have on people’s wellbeing, the economy and public services.

Measures aimed at delaying the spread of the virus could include school closures, “reducing the number of large-scale gatherings” and encouraging greater home working.

The Government’s response is in four stages: containing the outbreak, delaying its spread and mitigating the impact of the disease once it becomes established, and alongside that, a research programme is aimed at improving diagnostics and treatment for the disease.

Amid warnings about the impact on the global economy, and with Chancellor Rishi Sunak forced to draw up plans in his Budget to counter the disease, the document acknowledged the potential impact on businesses.

“In a stretching scenario, it is possible that up to one-fifth of employees may be absent from work during peak weeks.”

The Government’s response is currently in the containment phase, along with research being carried out and planning for the delay and mitigation work.

Officials hope to delay the peak of the virus until the warmer spring and summer months when health services are less busy.

In a sign that the military could be called in to help with the efforts, the document said there are “well-practised arrangements for defence to provide support to civil authorities if requested”.

The number of people in the UK who have tested positive for the virus stands at 39.