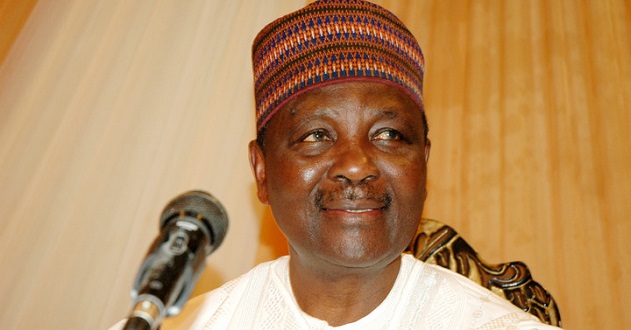 Former Head of State, Gen. Yakubu Gowon, says the civil war could have been worse if not for the discipline and restraint shown by then-Commander, Artillery Regiment, Domkat Bali, during an offensive against Biafra.

Gowon said this at the 80th birthday anniversary of Bali, a former Minister of Defence, in Abuja on Saturday.

He said Bali had planned a massive attack against the secessionists but he was ordered to hold fire.

The former military head of state said if Bali had flouted that order, the casualty figure would have been much higher.

Gowon said, “During the civil war, towards the end of that situation, when you were getting ready for the corps of artillery to start the final reproach and your men were ready to move, you received instructions from me to rescind signal instruction because the rebels had surrendered and therefore there was no need for that final operation. And I understand that when you got the message, your loyalty and discipline was such that you asked your men to stand down and not to fire a shot.

“Otherwise, if you had done so, there would have been so many casualties and Nigerian Army would have been accused of doing something terribly wrong. Through your discipline and loyalty, you were able to ensure that many innocent lives were saved and we ended the war as a result of that with ‘no victor, no vanquished’ and may I say well done for that particular service.”

Gowon asked serving military officers to strive to reach the peak of their careers rather than becoming head of state which was the norm during his time.

The wife of the host, Esther Bali, recalled the sacrifices she made during her husband’s time in service.

She said the life of a military officer was such that one must be ready for action at all times.

She stated, “I recall when he was the General Officer Commanding in 1976. I was pregnant at the time. He had just received a phone call around midnight about a coup and he began to wear his uniform. I asked where he was going at that time of the night and I was following him. He said, ‘go back or I will shoot your stomach’.”

The Chief of Defence Staff, Gen. Abayomi Olonisakin, said it was a humbling experience to serve as the chairman on the occasion to celebrate “a distinguished military icon.”

The CDS noted that though many Nigerians, including soldiers, might not have known the general while he was in active service, the stories of his commitment, selflessness and patriotism had become enduring lessons for everyone.

He said, “The name Domkat Bali is famous not only for his military astuteness but also for his uncommon leadership.

“Our gathering here today is a reflection of Bali’s positive difference in each one of us as individuals and his immense sacrifices to our dear nation during his 30-year service in the military.”

According to him, the armed forces will continue to propagate the leadership examples that Bali personifies.