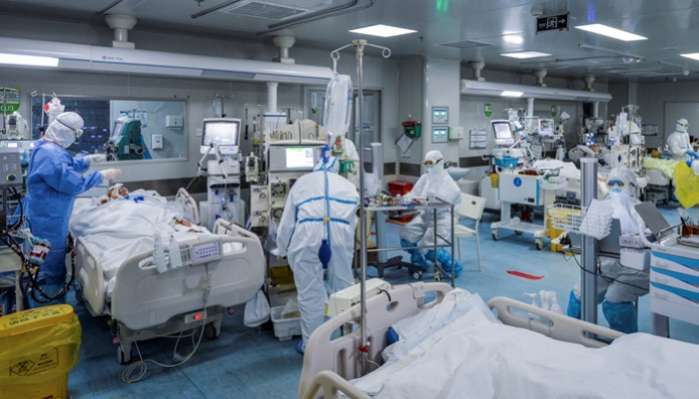 China on Sunday reported 573 new infections, the highest figure in a week after a dip. All but three of them were in Hubei province, of which Wuhan is the capital.

The virus has spread to more than 60 countries around the globe, prompting the World Health Organization to raise its risk assessment to its highest level.

Worldwide, nearly 3,000 people have been killed and about 87,000 infected since the virus was first detected late last year in the central Chinese city of Wuhan.

While the numbers in China are still far lower than the huge daily increases reported during the first two weeks of February, COVID-19 has spread rapidly across borders, with South Korea, Italy and Iran emerging as hotspots.

South Korea, which has the most infected people outside China, reported 376 new cases on Sunday, bringing its total to 3,526.

There are fears the disease could hammer the global economy, and stock markets last week plunged to their lowest levels since the 2008 financial crisis.

In recent days, the epidemic has spread also to sub-Saharan Africa, while Qatar, Ecuador, Luxembourg and Ireland all confirmed their first cases on Saturday.

Governments around the world have scrambled to prevent the spread of the virus, from large-scale lockdowns of millions of people in China to flight bans and travel restrictions from disease hotspots.

Beijing’s drastic steps include curbing the movement of people, temporarily closing factories across China and quarantining Hubei, a key industrial province where the virus first appeared.

South Korea’s epidemic is centred in its fourth-largest city, Daegu, whose streets have been largely deserted for days, apart from long queues at the few shops with masks for sale.

The total in South Korea is expected to rise further as authorities screen more than 210,000 members of the Shincheonji Church of Jesus, a secretive entity often accused of being a cult that is linked to around half of the country’s cases.