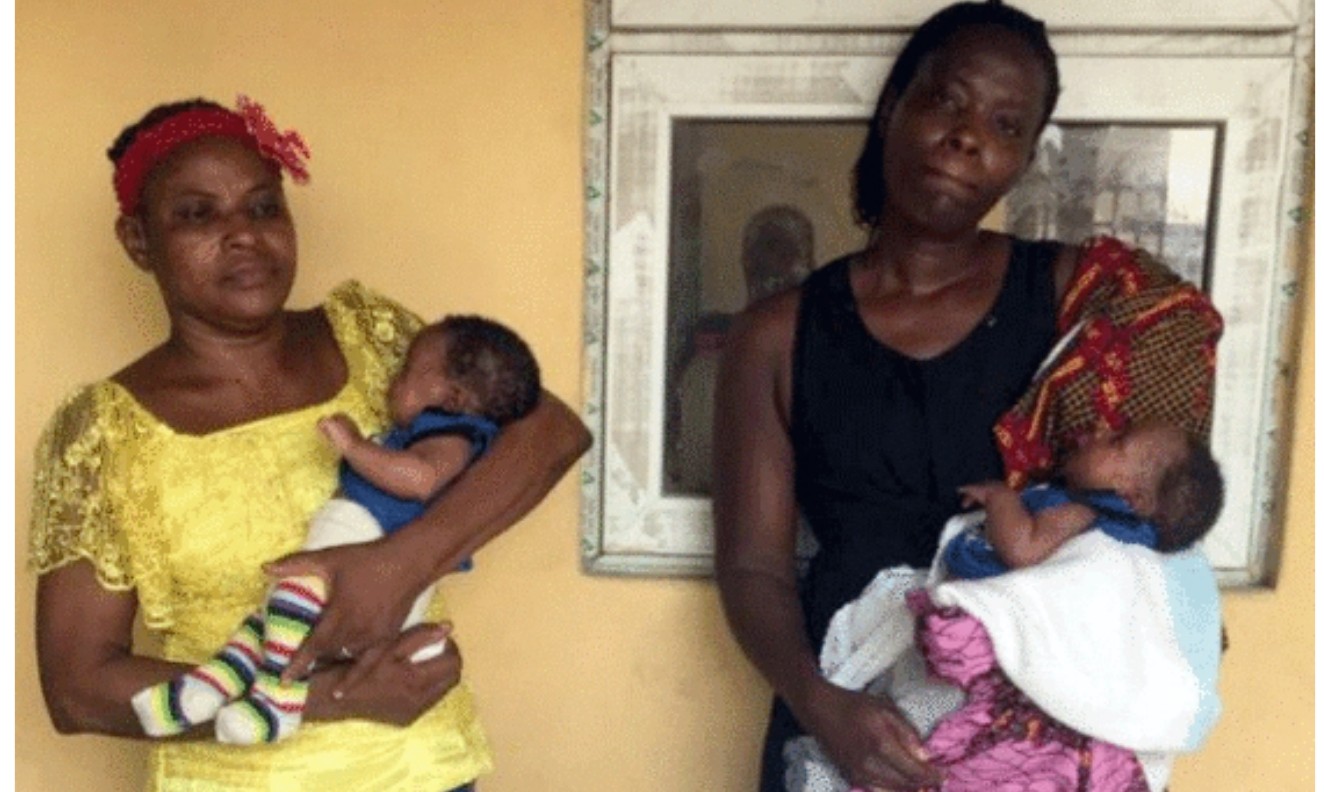 Police arrested the women at Badore area of Ajah when the children, both males, began to cry relentlessly and all efforts by the abductors to stop them crying failed.

The continuous cries of the babies, as gathered, drew the attention of passers-by who observed that despite their cries, their supposed mothers seemed confused and refused to breastfeed them.

According to report, the residents of the community suspected the women and alerted police in the area, who came and arrested the suspects.

The babies were also recovered and handed over to Sought Orphanage, Langbasa, while the suspects were transferred to Juvenile and Women Centre attached to Alakara Divisional Police Station for further investigation.

According to one of the residents, “on Tuesday, February 25, at about 5:30pm, we found two women at Badore area of Ajah with two babies. What actually drew people’s attention was the continuous cries of the babies.

“My shop is in the locality. I noticed that as the babies were crying relentlessly, the women seemed confused as to how to handle them.

“I had hoped to see the women breastfeed the babies as mothers often do when their babies cry in that manner, but their inability to calm the babies made me suspect that they were not their biological mothers.

“So I alerted some people in the community, who called the police. Luckily the police arrived on time.”

One of the suspects, Florence Kock, 55, admitted adopting the children from an unknown hospital in Delta State. Unfortunately, she could not produce any document to back up her claims.

When Contacted, the spokesperson, Lagos State Police Command, DSP Bala Elkana, confirmed the story and said that investigation was still in progress.