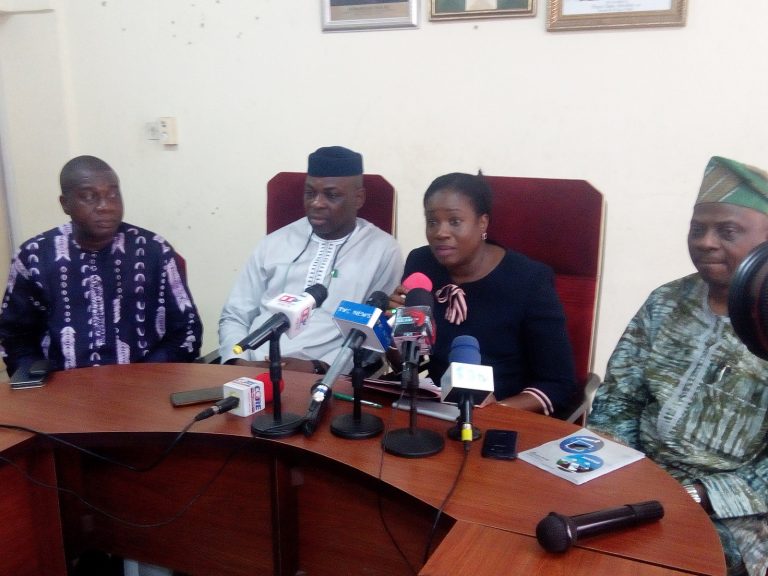 The State Commissioner for Health, Dr Tomi Coker who disclosed this on Friday while addressing journalists in Abeokuta, the state capital, said the victim had developed fever and was treated at the clinic located in Lafarge facility before he was rushed to Lagos on Wednesday when the case grew worse.

The Commissioner who was flanked by the Special Adviser Public Communication, Remmy Hazzan, Chief Press Secretary to the governor, Kunle Somorin and top officials from the Ministry of Health during the briefing, said a team of epidemiologists have commenced line listing to detect all contacts the victim made during his stay in the state.

The Commissioner hinted that the victim made three contacts before his arrival in Ogun on Tuesday. Coker, however, said it would be premature to put number to the contacts he made in Ogun “since the case was just confirmed on Friday.” Coker vowed that every single contact with the victim would be identified.

She said “In the last 12 hours, the first case of COVID – 19 (Coronavirus) has been identified in Nigeria and the individual visited Ogun State.

The said individual is from Italy, a consultant to the Lafarge, Ewekoro factory. He arrived Nigeria on Monday, 24 of February at about 9:00pm.

Before arriving in Ogun State, he had made contact with three people, spent the night in Lagos and arrived on Tuesday morning in Ogun State. He stayed at a guest house and at about 4-5pm on Wednesday, he developed body ache and fever. “The staff clinic of Lafarge were very sensitive to the case.

They responded speedily and contacted Lagos, they had a high index of suspicion and once they contacted Lagos, the protocol kicked in and the individual was transferred to Lagos in a closed ambulance according to protocol. “He was transferred to the infectious disease centre in Yaba, Lagos where tests were conducted and a definite confirmation came out earlier this morning hence, the press release nationally and from Lagos.

“However, my colleague, the Commissioner for Health in Lagos contacted me very early this morning to alert us about the situation. “My message to the people of Ogun State is, there is no cause for concern.

The epidemiologists in Ogun State being supported by both Federal and Lagos governments are line listing every contact that this individual has had which means we are going to phone them, get in touch with them, quarantine them and monitor their temperature for two weeks. “Also, I’m urging us that individually we have to be responsible for our health.

Every single one of us has to have good respiratory hygiene which means that if we have a cough or we have a cold, we have to cover our mouths with tussles or handkerchiefs and dispose them responsibly.

Don’t leave them on surfaces because the virus could still be in those things, use them and dispose them immediately, don’t put them back in your pockets,” she said.