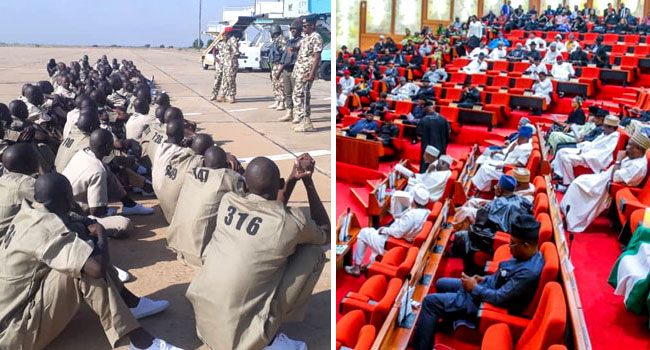 The Nigerian Senate is planning to establish a rehabilitation, deradicalisation and integration agency that will benefit the repentant Boko Haram members.

The development was revealed in a bill which was introduced on Thursday by Ibrahim Gaidam, Senator representing Yobe State in the East senatorial district.

This media platform understands that the bill has just passed its first reading on the floor of the Senate.

Meanwhile, the Governor of Borno State, Babagana Zulum, has earlier requested no less than 100,000 additional soldiers to successfully defeat Boko Haram terrorists and other insurgents in attacking the state.

Babagana had made this request while hosting some members of the House of Representative led by Hon. Babajimi Benson on Wednesday who visited the state for a condolence visit.

Speaking further the governor added that apart from the extra soldiers, at least 50,000 people from Borno state should be recruited to join the army in fighting the insurgents.