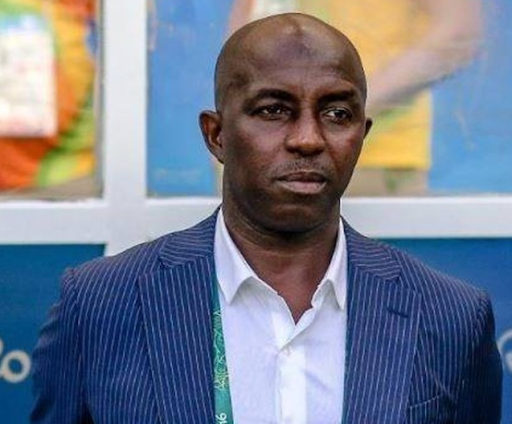 Former super eagles coach, Samson Siasia said he needs the support of all Nigerians to raise a sum of £250,000.

Speaking on NTA’s Sports Parliament on Thursday night, Siasia who is facing FIFA ban trial stated that he needs a sum of £250,000 to get a legal team to defend himself at the Court of Arbitration for Sports (CAS).

He asked Nigerians for financial assistance, saying he could not get the money from people he had contacted privately.

Recalls that the former footballer was given a life ban by the world’s football governing body, FIFA, last year.

FIFA alleged him of involving in match-fixing, saying he accepted to take bribes from an individual to manipulate matches.

But Siasia retorted that he has never involved in any match-fixing in his entire career.

According to him, he was banned because somebody who was involved in match-fixing had a chat with him through his email in 2009.

He informed that when FIFA was investigating the said man, they discovered he had a chat with him.

According to Siasia, the world football body sent him an email to appear before an investigating committee, but he was not online to reply, saying that was why he was handed a life ban without hearing his side of the story.

Siasia said he needs Nigerians to help him with anything they have.

He regretted that among the many young footballers he has trained, only Odion Ighalo has supported him financially.