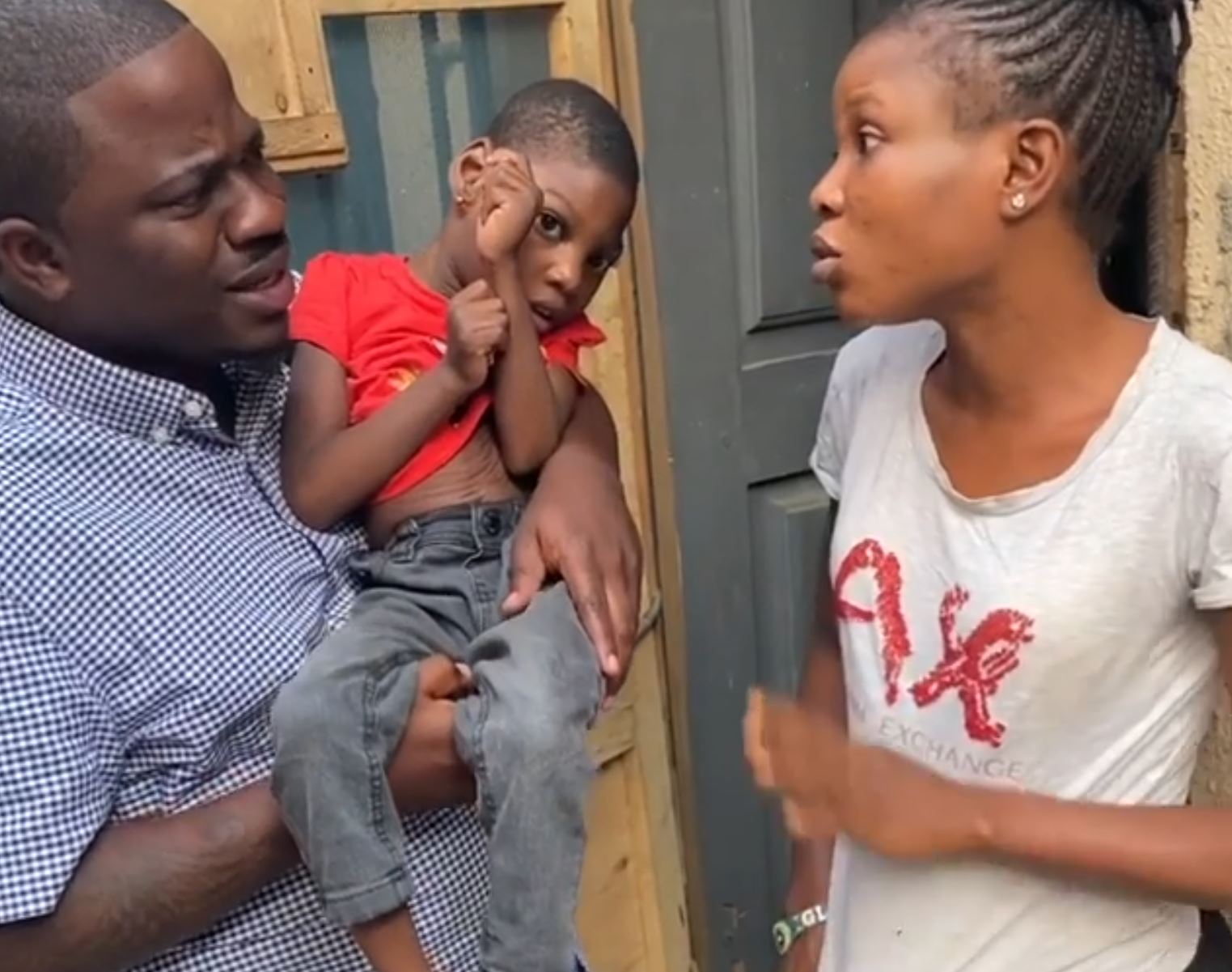 A very young mother of one has found herself stranded in the journey of parenthood after her husband decided to quit their marriage because of the physical and medical conditions of the child produced from their union.

The young lady simply identified as mummy Jesutofunmi, was discovered by the founder of Kokun Foundation, a Non-government Organisation during their ‘Home to Home visitation‘ campaign to assist less privilege Nigerians living in different Slums across the South-West region of Nigeria.

Mummy Jesutofunmi who was given some cash during the first visit of the foundation was forced to reach out to them again when the burden of taking care of her physically challenged kid became unbearable after her husband abandoned his responsibilities as a father and decided to quit their union.

Kokun Foundation disclosed this in the caption appended to the video of their second visit. The NGO wrote;

Do you all remember this lady I went to visit then who’s daughter has Cerebral Palsy!

she as been crying and calling me that her husband family sent her away due to the condition of her daughter!

Today, I make sure i visited her with a token of 20,000 Naira and I promise to get her a house to stay with her daughter at least for now
My People let’s not merely say that we love each other; let us show the truth by our actions!

After some days, Mummy Jesutofunmi was paid a third visit in a bid to assist her financially to get an accommodation and start a small business that can generate profits to take care of her baby and she was given the sum of N200,000. While giving an update of the matter to their fans on instagram, Kokun Foundation wrote;

I went back to meet mum Jesutofunmi today who’s daughter has Cerebral Palsy, but unfortunately I met her husband and I feel like slapping him when he said to my face he doesn’t want to marry her again!

“I will continue to check on her and My People let’s not merely say that we love each other; let us show the truth by our actions!