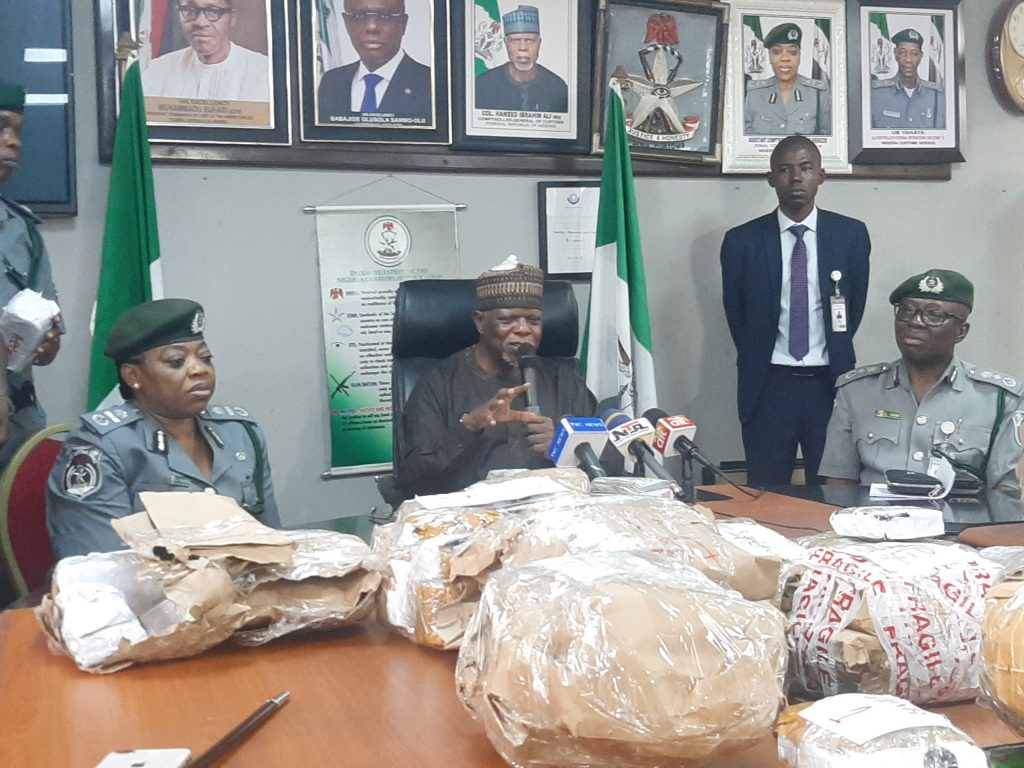 A yet-to-be identified driver working with Nigerian Aviation Handling Company (NAHCO) has been arrested by men of the Nigeria Customs Service, Murtala Airport Command for being in possession of $8,065,615 which was found in a car he was driving.

This was disclosed by the Customs Comptroller General, Mr. Hammed Ali while addressing newsmen in Lagos on Tuesday, February 4th.

Hammed Ali disclosed that the cash was intercepted while it was about to be loaded into an aircraft from the vehicle but the details of the aircraft and name of the arrested driver were not provided.

The Customs boss added that the money was wrapped in large brown envelopes with the names of would-be owners.

He said investigations would be conducted to unravel the identity of the owners of the abandoned money.

“From the day we seized this money, no bank has come to claim ownership. But our investigation will reveal the mystery behind the owners,” Alli said.