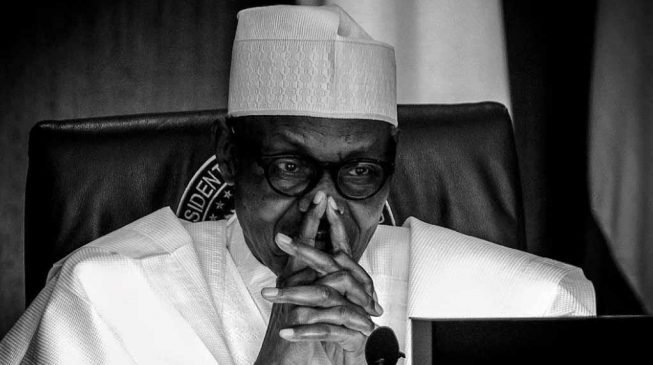 It has been revealed that in 2013, President Buhari asked Goodluck Jonathan to resign over insecurity.

On Wednesday, the presidency took a jab at Enyinnaya Abaribe, minority leader of the senate, for asking President Muhammadu Buhari to resign over the growing insecurity in the country.

Garba Shehu, presidential spokesman, said such a call was foolish, and that there was no basis for Buhari to vacate office.

“Just because some characters think that President Buhari should resign, then they expect him to quit. That call does not represent the opinion of the country,” Shehu said, describing the senator as an “arm hair critic, known for making stray comments”.

“If a leader like President Buhari needs to resign, there are millions of other Nigerians who need to resign, including Senator Abaribe who unlocked the door to enable the escape of traitorous and treasonable suspects,” he also said.

Back in May 2013, Buhari, who had run for president on three occasions but failed, asked Jonathan to vacate office for “failing” to tackle insecurity across the country.

While addressing journalists at his residence in Daura, Katsina state, Buhari said: “Jonathan should vacate and give way to competent hand to govern the country.”

According to him, the then president failed to perform his primary function of securing Nigerians.

He had said: “When the Niger Delta militants started their activities in the south-south, they were invited by the late President Umaru Yar’adua. An aircraft was sent to them and their leaders met with the late president in Aso Rock and discussed issues. They were given money and a training scheme was introduced for their members. But when the Boko Haram emerged in the north, members of the sect were killed.

“And when the police failed to address the insurgency, soldiers were invited and they captured the Boko Haram leader, Muhammad Yusuf alive and handed him over to police. But Yusuf was eventually killed, his in-law too was killed and their houses were demolished.

“In Bama and Baga towns, military personnel were reported to have been engaged in extortion and sometimes raping of women. And because a soldier was killed in Baga the whole town was sacked by the military. This is not the best way the military should have acted when they were sent to restore law and order in a town. How can a responsible government allow its people to be killed in this way.

“The soldiers are not expected to go and sack a town because one of them is killed. They are expected to capture the culprits for prosecution. After all the soldiers are not meant to tackle internal crisis but when it is necessary they should act professionally. Whoever is sent to protect people should also protect their integrity.”