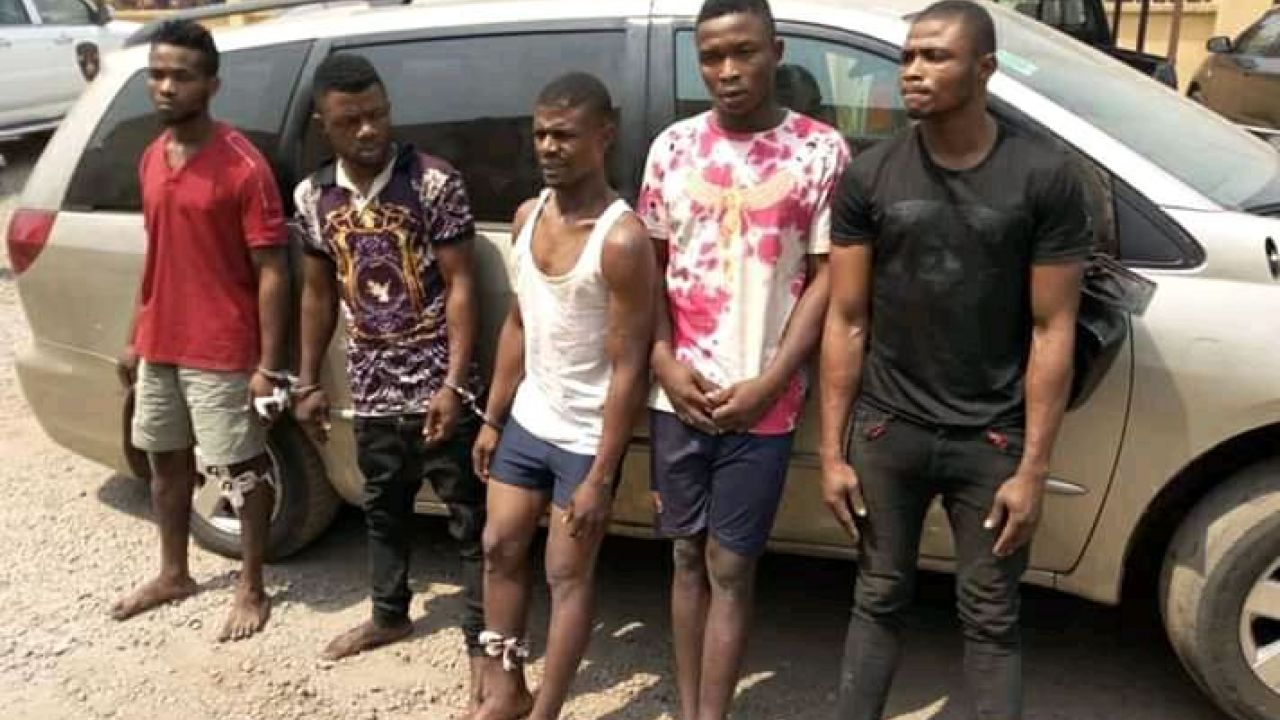 A suspected armed robber identified as Kingsley Emezue alongside his gang members have been arrested by the Abia State Police Command for reportedly killing a couple before their three children.

The gang members identified as Enyinna Asiegbu (25) and Promise Sunday Obilor a.k.a Esere (26) alongside Kingsley popularly known as Pakins were arrested by the police.

Confirming the arrest, the Abia State Police Commissioner, Ene Okon told journalists that the arrested suspects were connected to Sampson Iheukwumere Nwokocha a.k.a Grave, a notorious robber killed in December by the police.

He said the suspects who initially relocated after their gang leader was killed, returned to Umuahia in January 2020 after they thought the manhunt for them has been called off.

“The gang seemed to have gone on holidays to enjoy their loots and resurfaced around January 10, 2020, in what seems like recouping of expenses made during the Yuletides. The six-man gang on January 25, 2020, operating in a tricycle, snatched a Toyota Sienna van with registration number RBC477RL, along Health Center Road in World Bank Housing Estate, Umuahia.

“The gang, while operating in a Sienna van, shot and killed a couple, Mr and Mrs Darlington Chinyere Uzoma, along Secretariat Road, Ogwurube Layout, Umuahia. This was after robbing them of proceeds of the day’s sales.

“They robbed and shot Basil Okechukwu of Obowo, Imo State, on January 16, around Post Office Umuahia Road. Okechukwu was killed while on transit with the money he withdrew from bank.

“Officers from the Central Police Station, Umuahia and operatives of the Special Anti-Robbery Squad (SARS) on ‘Operation Puff Adder’ went after the hoodlums and intercepted a tricycle conveying two of the hoodlums named Precious Chukwuebuka Okoro and Ogbonna Ifeanyichukwu Justice. Interrogation of the duo resulted in the subsequent arrest of the other members of the gang namely; Enyinna Asiegbu (25), Promise Sunday Obilor (26) aka Esere and Emezue Kingsley (20) aka Pakins.”

When interviewed by newsmen, Emezue introduced himself as a butcher and further disclosed that he was lured into armed robbery by bad friends.

“We did the robbery operation actually on Saturday night, but I did not shoot the couple. It was our driver that shot them.