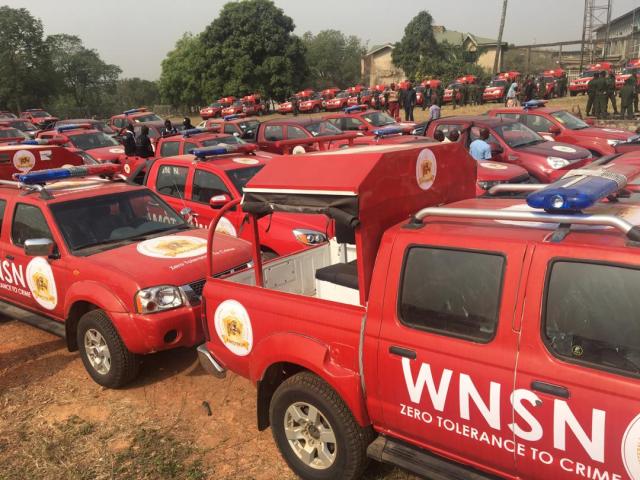 The pan-Yoruba socio-political group, Afenifere, yesterday declared that the South-west security outfit, Amotekun, was a battle won against the imperial Federal Government, and in furtherance of federalism.

In a statement issued at the end of its general assembly held in the house of its leader, Pa. Reuben Fasoranti, yesterday in Akure, the Ondo State capital, Afenifere declared that “Amotekun is a war won in federalism,” accusing the Federal Government of complicity in the murder of Fasoranti’s daughter, Olufunke Olakunri.

The Yoruba elders expressed dismay that the Nigeria Police stopped an investigation into the death of Olakunri, who was killed last year July by gunmen along Ore/Lagos Expressway.

“We are left with no option at this stage than to conclude that she was a victim of political assassination necessitating state cover-up. We challenge the police to do their job on this matter in spite of our disappointment with them.

“We also invoke her spirit to remain restless until the killers and masterminds of her death are exposed and brought before the Temple of Justice,” they said.

While speaking with journalists, the National Publicity Secretary, Mr. Yinka Odumakin, affirmed that the six states in the South-west region had the constitutional backing to establish their security outfit.

“It is a battle won against the imperial Federal Government by the strong will of the west and its freedom-loving friends across Nigeria.

“The meeting rejected any attempt to subsume Amotekun under the community policing scheme of the Federal Government which is just being informants to the police.

“Amotekun should be independent in carrying out the task of providing security for residents of the South West with defined operational cooperation with the police, but not its subordinate.

“Amotekun has now come to stay and there must be no let or hindrance in the pursuit of a federal Nigeria so we can revert to the multi-level policing status of Nigeria of the past,” he said.

Odumakin flayed those that are opposed to the security outfit, saying “only carpenters posing as lawyers would ever say that security is on any exclusive list as there is no law that stops individuals from securing their premises, talk less of state actors.

“Yoruba are a homogenous group, once under a region which Nigeria broke into states. The meeting affirmed that Yoruba would find it hard to oppose Amotekun in any other part of Nigeria as Hisbah, Boko Haram and Miyetti Allah are tormenting the country.”

Odumakin, who argued further that the Nigerian Railway Corporation used to have its own police, lauded the Senate President, Ahmed Lawan, for supporting federalism, especially the multi-level policing.

Afenifere lauded the South-west governors for standing firm on Yoruba consensus on Amotekun without blinking.

The elders condemned the lawlessness in Oyo State, accusing the inspector general of police of fomenting trouble over local government dissolution.

“We are miffed that the AGF is not appraised of the fact that Section 7 of the constitution which provides for the existence, administration and finance of local governments being the duty of states and not the Federal Government.

“Any pupil lawyer should know that you cannot enforce a judgment a state is not party to on it as every case is an authority for what it decides. He is forcing a judgment Oyo is not a party to on it.

“Besides, there are two cases in court on the Oyo LG crisis. The AGF and IGP should have waited for the determination of the cases before instigating the lawlessness being precipitated in Oyo State.

“We commend the state government for the maturity with which it has handled the matter and it is encouraged to continue on that line until the court decides. The FG should bury its head in shame for being agent of destabilisation once again.”