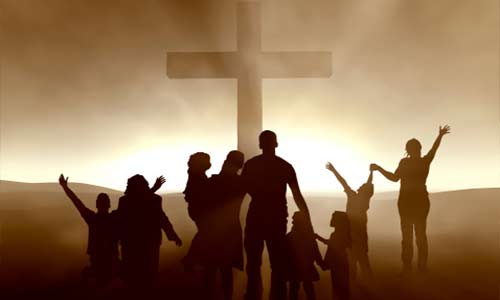 A coalition of 47 Christian groups have asked the United States Secretary of State, Michael Pompeo, to include religious persecution in the agenda of his meeting with the Nigerian government during the forthcoming Bi-National Commission meeting scheduled for February.

They also suggested that the US should create a special session for members of the International Religious Freedom Alliance Roundtable to attend the dialogue with the government of Nigeria at the BNC meeting.

The demands, which were contained in a letter to Pompeo, signed by members of the coalition in Nigeria, United Kingdom and United States of America, was sent to The PUNCH on Sunday by the Convener, US Nigeria Law Group, Emmanuel Ogebe.

The key areas of focus in the meeting include security cooperation, economic growth and development and governance and democracy.

The letter read in part, “Despite your placement of Nigeria on the ‘Watch list of Persecuting Countries,’ the egregious killings of Christians continued to occur throughout Christmas. The execution of an abducted Christian Association of Nigeria leader (Rev. Lawani Andimi) is just the latest from the daily atrocities that have claimed over 100 lives since last month.

“Pursuant to Nigeria’s Special Watch listing by your Department, we respectfully request the following urgent steps: That the US State Department place on the agenda, religious persecution, during its upcoming Bi-National Commission meetings with Nigeria in February.

“The US should create a special session for members so the IRF Roundtable can attend the dialogue with the government of Nigeria at the BNC meetings.

“The Nigerian government should be invited to the State Department IRF Office’s events during the National Prayer Breakfast which overlaps with the BNC.

“That the US encourage Nigeria to join the International Religious Freedom Alliance to mitigate its poor ranking on religious freedom. We wish to note that these recommendations are not usual. The US CIRF has consistently called for greater bilateral engagement with Nigeria on FROB through the BNC. We also note that the BNC itself aims to include civil society organisations in its deliberations.”

Reacting to the spate of religious persecution of Christians in Nigeria, Ogebe in a statement said 50 years after the Biafran War, “Nigeria is again at war, except we don’t know it.”

He added, “Last week alone, Andimi, CAN chairman in the Michika LGA, was beheaded. Same week, A University of Maiduguri student, Ropvil Daciya, was executed. He is from the same place as the two Plateau aid workers executed a couple of months ago. Also, last week, killer Fulani herdsmen massacred 13 people in their community.

“Then add Leah Sharibu’s news of childbirth from rape in captivity now among others. 50 years after Biafra, Nigeria is again at war, except we don’t know it.”