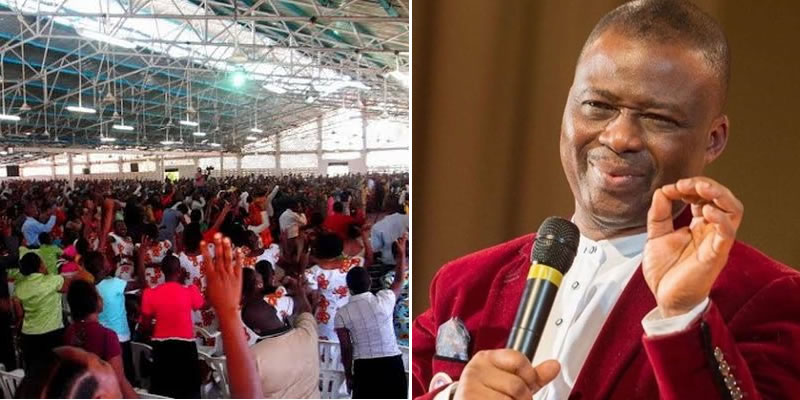 Mountain of Fire and Miracles Ministries (MFM), has revealed that its singles ministry, GEN 218, in the last decade, “Has to its credit, over 150,000 weddings that have occured as a result of Gen218 forums”. This was disclosed in an official statement while debunking an online newspaper report that claimed the church has the highest number of single ladies among churches in Nigeria.

The church in its statement by Collins Edomaruse, quoted the pastor‎ in charge of the programme, Pastor Popoola, GEN 218 offers training, teaching and guidance for bachelors and spinsters within the fold.

He said: “Here at the Mountain of Fire and Miracles Ministries, our singles ministry, Gen218, is based on the scripture in Genesis 2:18 which states “It is not good for the man to be alone. I will make a helper who is just right for him”(NLT).

“It is an exciting and vibrant minstry, attracting singles from all other denominations since its inception. It was established by our Role models, Dr Daniel and Pastor Mrs Shade Olukoya.

“In the last decade, Gen 218 has provided training, teaching and guidance to thousands of single men and women across Nigeria, Africa and all around the world.

“To its credit, over 150,000 weddings have occured as a result of Gen218 forums.
“The false assumption that the Mountain of Fire and Miracles Ministries has the largest number of female singles is baseless, erroneous and very misleading.

“The Mountain of Fire and Miracles ministry has a distinctive and well structured youth movement. The youths and young adults of this minstry, under the leadership of the General Overseer, have distinguished themselves as leaders in the fields of academia, music and sports with laurels to back this up. This fervency spills over into the Gen218 ministry, attracting large numbers of singles to our forums and events. It is therefore fallacious to assume the Mountain of Fire and Miracles ministries has the largest number of single females. Thousands of weddings hold on a weekly basis, both at regional and branch levels.

READ  PHOTOS: Pa James Gets A Brand New House From Funke Akindele After He Lost His Home To Flood

“Dr Olukoya and the Mountain of Fire and Miracles ministries have never stated that single men and women within this minstry should only marry within the minstry.

“We encourage and actively support all spinsters and bachelors, regardless of denomination, to build their relationships on biblical standards. We strongly advise all our single men and women to marry fellow believers within the Christian faith who equally believe in Christ’s redemption plan.

“We believe this is God’s will for marriage and is the best foundation for a successful and a Godly marriage.”