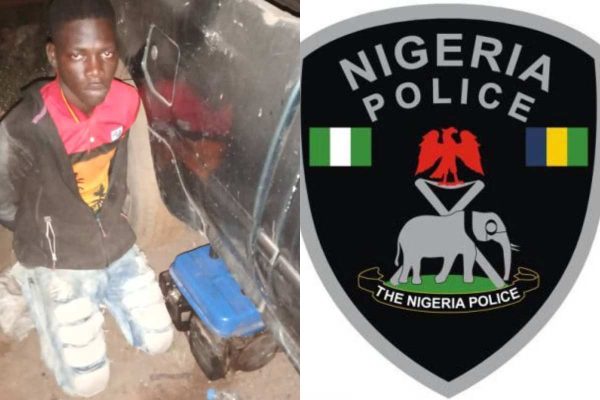 Operatives of Lagos state police command have arrested a 21-year-old man identified as Tokunbo Lekan for allegedly stealing from church.

Tokunbo broke into Anglican Church of Triumphant located at Obadiah Craig Street, Falola in Ipaja area of Lagos state to steal from the church before he met his waterloo.

It was further learnt that the suspect stole a power generating set, electric wire, welding machine and other items worth about N400,000 from the church.

Tokunbo disclosed that he was trained as a mechanic but abandoned the job to concentrate on stealing from churches as it wasn’t paying his bills.

According to report, Tokunbo had already entered the church in the evening and hide in the church till 2am before he successfully carted away the items he stole.

Tokunbo met his waterloo after returning to the church to pick his tools he forgot. He was apprehended and handed over to the police.

The suspect confessed to the crime after he was interrogated at the police station and further disclosed that he attends churches to steal properties.

Tokunbo was arraigned before an Ejigbo magistrate court on charges of burglary and stealing in the place of worship and items he stole and hid at nearby mechanic village were recovered and presented as exhibits.

The suspect who pleaded not guilty, was granted bail of N100,000 with two sureties in like sum. He will be remanded in prison till his bail conditions are perfected.