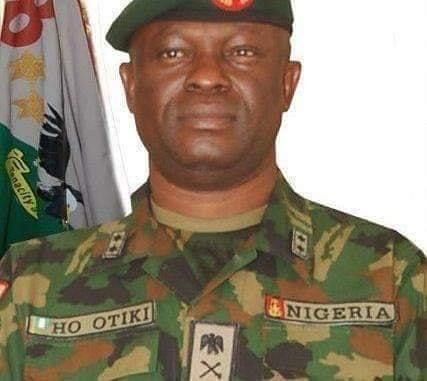 A court in Abuja has ordered the forfeiture of a staggering N136m found in the account of an army general.

A Federal High Court in Abuja has ordered an interim forfeiture of $376,120 (estimated at about N136,155,440) allegedly linked to Major General Hakeem Otiki.

The court gave the ruling on Wednesday after an ex parte application by the Economic and Financial Crimes Commission.

Justice Ijeoma Ojukwu, who grilled EFCC’s lawyer, Ekele Iheanacho, for a long period before the granting application, ordered the commission to publish the court order in a national daily to enable anyone interested in the money to appear and show cause why it should not be permanently forfeited to the Federal Government.

The judge gave any interested person 14 days from the date of publication to show cause.

She then adjourned till February 24 for hearing.

Otiki is facing charges before the Army court martial in respect of the funds.

The EFCC alleged that Otiki detailed some soldiers to provide escort from Sokoto to Kaduna for one Alhaji Ado Aliyu, a bureau de change operator, with N400m but made away with the money.

The commission said the money was suspected to be proceeds of illegal activities.

An affidavit filed in support of EFCC’s ex parte application read in part, “That Major General Otiki whilst still in public service acquired Karama BDC Nigeria Ltd. in 2014. Out of the company’s 35, 000, 000 share capital, he had 22, 000, 000 shares.

READ  UPDATE: Alex Ogbu, The Journalist Covering Shiites March In Abuja Has Been Shot And Killed

“The office addresses of the BDC and hotel are respectively in Lagos and Ibadan.”