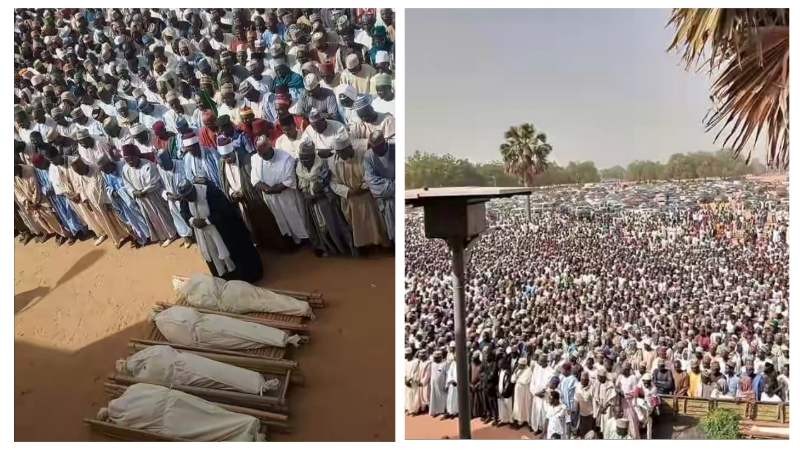 Barely 24 hours after gunmen killed four aides of Emir of Potiskum, Alhaji Umaru Bubaram, their dead bodies have been laid to rest in a muslim way.

The funeral witnessed large turnout of muslim faithfuls who joined relatives and friends to observe janazat (Solat for the dead ones) and it was graced by a large number of people across the town.

It was learnt that the sad incident happened along the Kaduna-Zaria expressway in Kaduna state around 11:00pm on Tuesday, January 14.

The burial was held around 10am on Thursday, at the Emirate Council Palace, Potiskum, Yobe State.