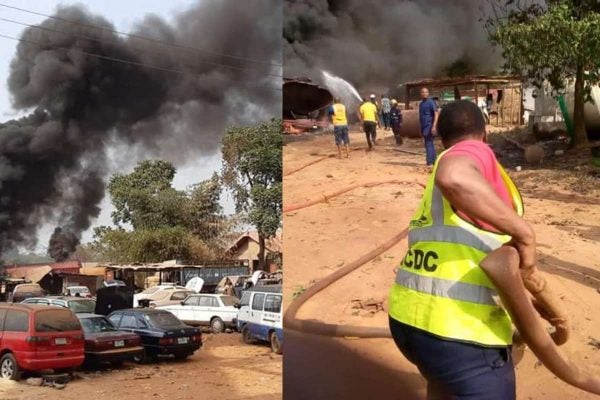 A tanker on Tuesday, exploded inside a mechanic workshop at Amawbia bypass,Enugu /Onitsha Expressway Awka, the Anambra state capital.

Spokesperson of the State Police Command, SP Haruna Mohammed, who confirmed the incident, said that the fire was raging.

Meanwhile, the Commissioner of Police Police CP John B.Abang, had visited the scene and Police patrol teams had cordoned off the Area. Fire Service department was equally contacted to put off the fire.