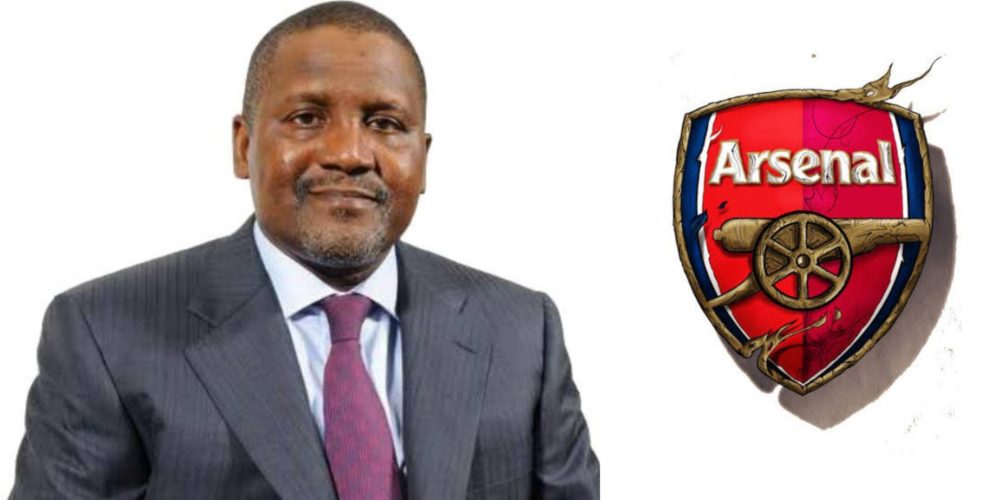 The richest man in Africa, Aliko Dangote, has revealed his plans to buy Arsenal in 2021, with the billionaire Gunners fan determined to oust absentee owner Stan Kroenke.

The Nigerian boasts a net worth of more than £8.5billion and made his fortune after founding Dangote Cement, Africa’s largest cement producer – with the 62-year-old also owning stakes in publicly-traded salt, sugar and flour manufacturing companies.

Arsenal fans’ frustration with current owner Stan Kroenke has been bubbling for years, with the Denver Nuggets and LA Rams owner rarely showing his face at the Emirates, while Arsenal continue to look rudderless behind the scenes in their search for a route back to the top four.

Fans would certainly welcome a change in ownership, and Dangote could radically change Arsenal’s fortunes.

“It is a team that I would like to buy some day, but what I keep saying is we have $20 billion worth of projects and that’s what I really want to concentrate on,” Dangote told the David Rubenstein Show.

“I’m trying to finish building the company and then after we finish, maybe some time in 2021 we can.

Arsenal have been left languishing in 10th place in the Premier League after a torrid end to Unai Emery’s reign, but have shown signs of life after the appointment of Mikel Arteta.

Scrutiny on the Arsenal owners and board was ratcheted up during the miserable winless run that eventually saw Emery sacked.

Stan Kroenke’s son, Josh, is a director on the Arsenal board, and told fans to ‘be excited’ in the summer – after the Gunners signed Nicholas Pepe for a club record fee, as well as Kieran Tierney and David Luiz.

There wasn’t much excitement about by December though, and banners calling for the Kroenke’s to leave were on show once again.

The pressure will be somewhat relieved if Arteta delivers on the early positives showed in the 2-0 win over Manchester United, but Arsenal fans will still be hoping Dangote follows through on the promise he made in 2018 that: “Even if somebody buys, we will still go after it.”