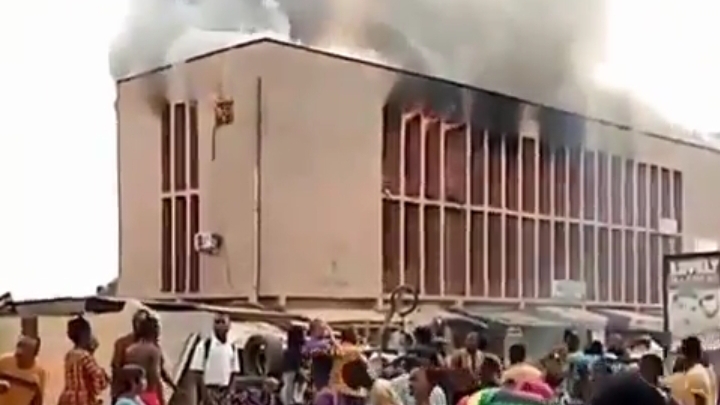 Days after fire razed popular Akesan market in Oyo town which led to the destruction of valuable goods and properties, another video of a storey building being gutted by fire has surfaced online.

Inside the 30-second video, people can be seen yelling and full of anxiety as they expect the arrival of fire workers from the state fire service.

Fire workers have arrived at the scene of the incident and they are finding possible ways to quench the fire before it spreads.

As at the time of reportage, the cause of the fire is not yet ascertained but there are speculations that it was caused by electricity spark.

Meanwhile, the Governor of Oyo state, Engr. Seyi Makinde has claimed responsible for Sunday’s fire incident that occured at Akesan market in Oyo and promised to compensate victims of the fire attack.