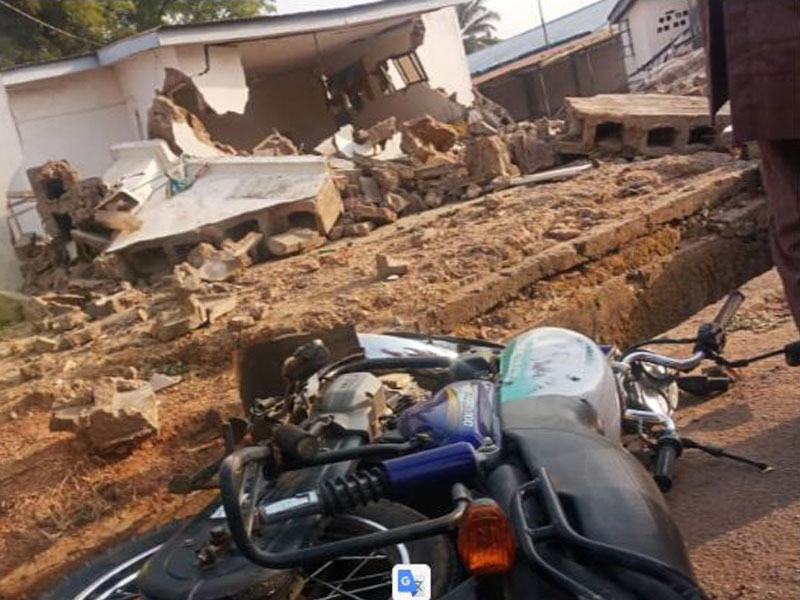 There was palpable tension in Ilorin, the Kwara state capital in the early hours of Thursday as the state government made good its intention to take over an expanse of land said to have been illegally acquired by the late Dr Olusola Saraki.

The disputed plots of land had been a source disagreement between the state government and former Senate President Bukola Saraki since the former announced its resolve to revoke the land last Friday.

The state government was said to have moved in its heavy duty equipment and demolished a building (otherwise referred to as Ile-Arugbo) erected on part of the disputed land by the late politician.

The demolition exercise, it gathered, was carried out at the wee hours of Thursday amidst tight security.

At about 9pm on New Year, aged women and loyalists of the Sarakis were said to have milled the area when the rumour went round that government would move in its equipment.

Investigation by our reporter revealed that human and vehicular movements in and around the Ilofa road, GRA Ilorin site of the land were grounded to a halt.

Supporters, loyalists and sympathisers of the late the Saraki’s political dynasty thronged the arena to catch a glimpse at the incident.