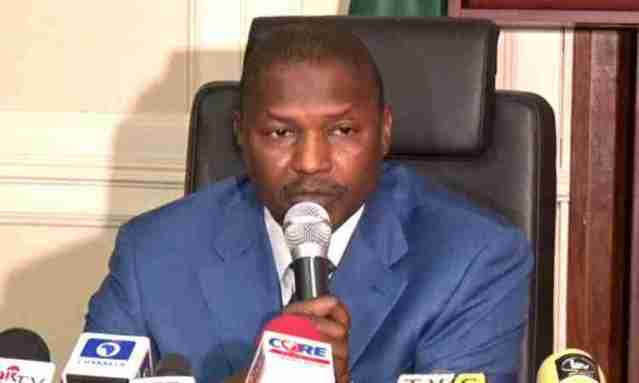 The Attorney General of the Federation, Abubakar Malami, has said he is yet to receive a letter written to him by American lawmakers on the continued illegal detention of political activist, Omoyele Sowore.

Mr Malami said in a statement on Sunday by his special assistant on media and public relations, Umar Gwandu, that his office was yet to receive the letter as at the close of work on Friday.

The letter was dated Friday, December 20 which probably explains why Mr Malami was yet to receive it.

In the letter, the lawmakers cautioned Mr Malami against flouting the rule of law under President Muhammadu Buhari’s administration.

They demanded a fair trial for Mr Sowore who is currently being prosecuted on alleged treasonable felony alongside another defendant, Olawale Bakare.

“Mr Attorney General, we request that you take immediate steps to ensure the safety and security of Mr Sowore while he is held in government custody; work to facilitate speedy and fair resolution to the circumstances of his re-detention; and ensure he receives a legally sound and credible trial,” the lawmakers said in the letter.

“I have not seen it’

In his reaction, Mr Malami said the letter had not been received till the close of work on Friday.

Mr Sowore was arrested on August 3 by officials of the State Security Service after he was accused by the government of planning a ‘revolution’ to overthrow Mr Muhammadu. He was also accused of ‘abusing’ the president.

Following a court order for his release, Mr Sowore was allowed his bail on December 5, but rearrested during a court invasion by security operatives barely 24 hours after his release.

He has been held since without any charge filed against him. The Nigerian law stipulates that no one should be held beyond 48 hours without charge.