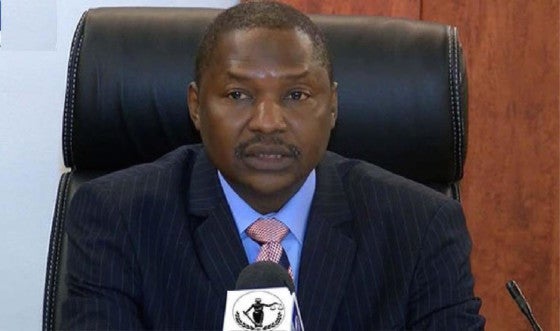 Abubakar Malami, the Attorney-General of the Federation and Minister of Justice, on Sunday declared that he did not receive any correspondence from the United States, US, lawmakers over the re-arrest and continued detention of Omoyele Sowore, convener of the RevolutionNow protest.

Malami stated that no such letter got to his office before the close of work last Friday.

Sowore has been in custody of the Department of State Service, DSS, since he called for a revolution earlier in the year.

Despite been granted bail by courts, the secret police had refused to set him free.

On December 9, 2019, DSS operatives had re-arrested Sowore at the Federal High Court in Abuja, less than 24-hours after granting him freedom.

A Few weeks ago, Malami, ordered the DSS to hands off the prosecution of Sowore.

Following this directive, reports had it that some US lawmakers wrote to Malami warning against the danger of disobeying the rule of law by the continued detention of Sowore.

However, a statement by Malami’s Media Aide, Dr. Umar Gwandu said the Ministry of Foreign Affairs could be an appropriate Ministry for such correspondence and not the AGF.

The statement reads: Besides, “Foreign policy conventions do not support direct correspondence between the office of the Attorney-General of the Federation and serving legislators of a foreign country.

“Attorney-General of the Federation finds media reports on the purported claim of such correspondence to his office, peddled by some unscrupulous elements in the society, as not only inappropriate but inaccurate.

“It is essential to put in the record that the so-called letter has not been received at the office of the Attorney-General of the Federation and Minister of Justice, Abubakar Malami, SAN as at the close of work on Friday, 20th December, 2019”