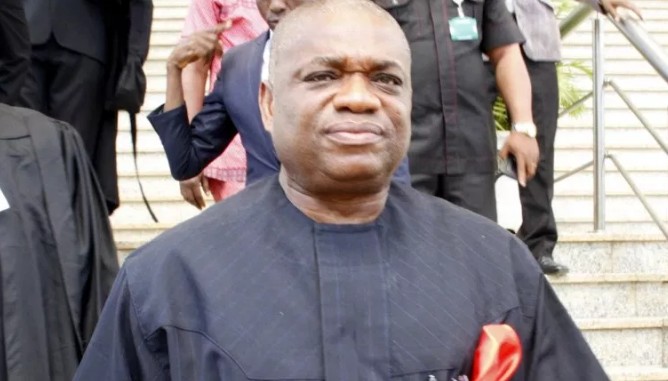 Justice Mohammed Idris who read the judgement is yet to pronounce the sentence for the offences for which Mr Kalu stands convicted.

After stating that Mr Kalu was guilty of the offence, his lawyers are attempting to persuade the court for a favourable sentence.

Mr Kalu has been facing trial for over a decade after he was arraigned by the Economic and Financial Crimes Commission (EFCC) for allegedly carting away billions of naira while he served as Abia State governor.

Also charged along with Mr Kalu is a company, Slok Nig. Ltd.

On October 22, both the prosecution and defence counsel adopted their written submissions before the court.

The judge then reserved judgement to be delivered today, December 5.