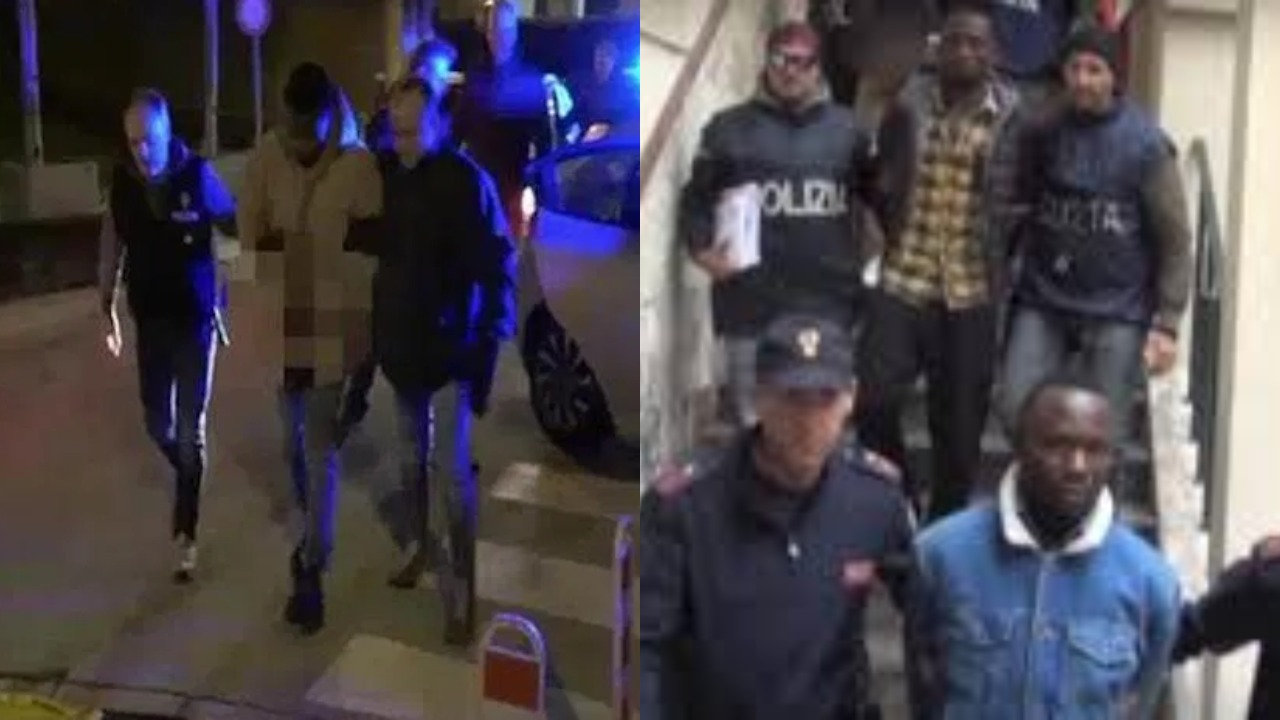 According to ANSA reports, there was no report from Italian news agency that indicated whether the 32 are all Nigerians or there were European collaborators arrested with them as

In July, the Italian Police also announced the arrest of 19 Nigerians, said to be members of a mafia. Those probed are suspected of conspiracy, trafficking, making slaves of women, extortion, robbery, bodily harm, sexual violence and exploitation of prostitution, police said.

The probe was led by Bari anti-mafia prosecutors and coordinated by the central operational service in Rome with the help of Interpol. The investigation was carried out by the Bari flying squad. The two clans were the Supreme Vikings Confraternity and the Supreme Eye Confraternity, better known as “Reds” e “Blues”.

The gangs operated with the slogan “the three Ds”, referring to “donne, denaro e droga” (women, money and drugs). Some 49 people were placed under investigation, all Nigerian nationals. Investigators said the women, most of them trafficked and subjected to physical and psychological violence, also via voodoo rites, were forced to become sex workers.

The proceeds of the prostitution rackets were sent to Nigeria via couriers or ‘hawala’ systems, or reinvested in drug trafficking. The probe found an exponential rise in cash flows from Italy to Nigeria, which was estimated by the Bank of Italy at 74.79 million euros in 2018, double what it had been in 2016, and consisting of 6.2 million illegal proceeds per month.

The bust was hailed by politicians including Brothers of Italy (FdI) leader Giorgia Meloni who said “we must extirpate this cancer” and League MP Rossano Sasso who said the probe had highlighted the need, yet again, to close down the vast CARA asylum seeker centre in Bari, where much of the trafficking and drug dealing allegedly took place.

Interior Minister Luciana Lamorgese said “today’s international operation attests to the attention and hard work of the investigators and police forces to combat on the whole national territory all the various ramifications of the Nigerian mafia”.

The Bari prosecutor’s office warned against exploiting the probe to tar all Nigerian migrants with the same brush. “Let there be no exploitation of this affair. The Nigerians who have been arrested are persons who committed crimes, exactly like we do with people of any colour, race or country. “Then there are very many Nigerians who asked help in the forms laid down by the law, asking the Italian State, that is, to intervene to restore order and justice”.